A Texas man faces child trafficking charges, accused of forcing a 15-year-old Guatemalan girl to work at a restaurant to pay off a $10,000 debt she incurred to be smuggled into the U.S., authorities said Tuesday.

The Tarrant County Sheriff’s Office said the teen was rescued at a fast-food restaurant in Southlake – about 20 miles north of Fort Worth – while she was working the night shift. 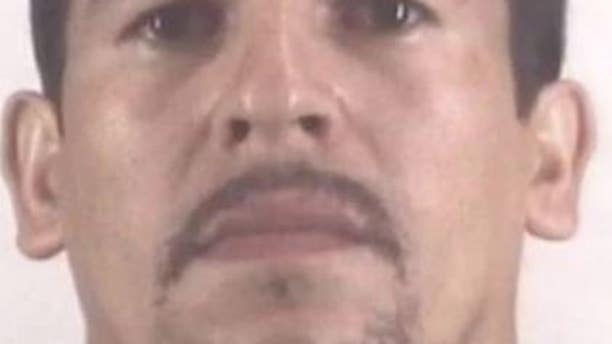 Cesar Valdez-Perez is accused of forcing a Guatemalan teen to work at a fast-food restaurant to pay off her smuggling debt. (Tarrant County Jail)

The sheriff's office said the teen complained about her situation to a friend ,who notified police. The Southlake Police Department opened an investigation with assistance from the TCSO Human Trafficking Unit, CBS DFW reported.

Investigators discovered that a suspect, 36-year-old Cesar Valdez-Perez, was picking the teen up and dropping her off at the restaurant while pretending to be her father. The restaurant employees reportedly never became suspicious because her documents were well forged.

Valdez-Perez was booked into the Tarrant County Jail and released on bond. Federal immigration agents immediately took him into custody after he was freed, the sheriff's chief of staff told The Dallas Morning News.

The Tarrant County Sheriff's Office did not immediately respond to Fox News' request for comment.