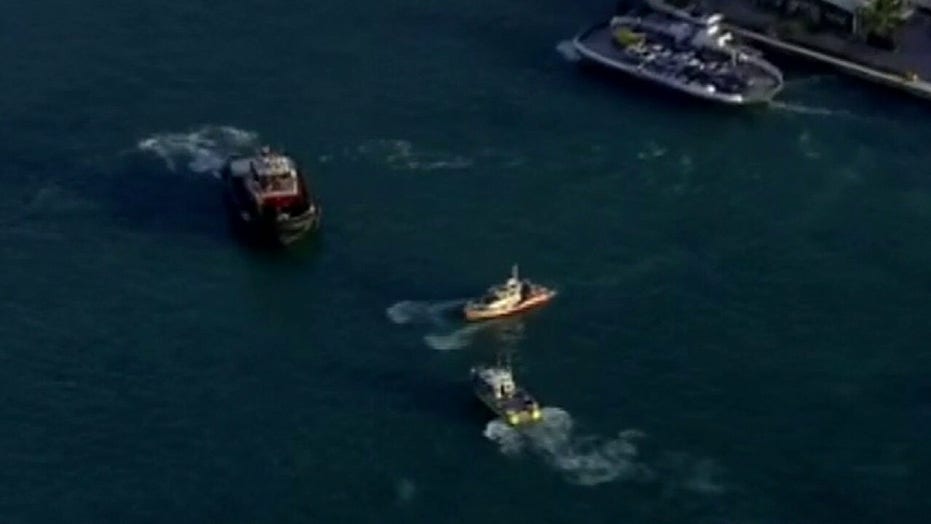 The Mercedes fell from the Fisher Island ferry and sank in Government Cut.

Two socialites were found dead inside a submerged blue Mercedes-Benz that rolled off a ferry taking them from an exclusive island community to mainland Miami Beach, investigators said Wednesday.

Emma Afra, 63, who lives in Miami Beach, was identified as the driver, and 75-year-old Viviane Brahms of Harrison, N.Y., as the passenger, Miami-Dade police said.

Crews from the U.S. Coast Guard and Miami-Dade Fire and Rescue responded to calls of a submerged vehicle in the area of Government Cut, a shipping channel between Miami Beach and Fisher Island, around 5 p.m. Tuesday, the agencies said.

After multiple searches, divers located the Mercedes with “two deceased females inside,” police said in a news release before officially releasing the victims' identities.

The Coast Guard is investigating how the car fell from the front of the ferry and plunged into the water. Police did not release the causes of death, which are pending medical examiner reports.

Fisher Island was named the richest ZIP code in the U.S. in 2019. Afra resided there, according to local reports, and had appeared at numerous high-profile events over the years.

In 2012, Afra co-chaired an event for Kristi House, a nonprofit that advocates to end child abuse and child sex trafficking, helping to raise $500,000 for child victims, according to the organization.

In 2017, both Afra and Brahms were pictured at a private opening at the Mnuchin Gallery in New York City. Last year, they both appeared at Glenn Ligon’s art lecture at the Miami Design District.

The Fisher Island ferry runs every 15 minutes, taking passengers across the 50-foot-deep channel. The women were on a 113-foot vessel, named the Pelican, which was built in 1981 and last inspected on May 2, 2019, the Miami Herald reported, citing Coast Guard records.

Residents of Fisher Island, whose homes are valued at millions of dollars, said the community worked with first responders during the recovery operation.

“It is with heavy hearts that we share the news of the tragic loss of life of Emma Afra and Viviane Brahms who perished... when the car they were riding on the ferry ended up in the water for reasons still to be determined,” Roberto Sosa, the president and CEO of the association, said Wednesday in a statement.

“We continue to cooperate fully with the U.S. Coast Guard and other government agencies,” he continued. “As further details become known, we will provide updates.”