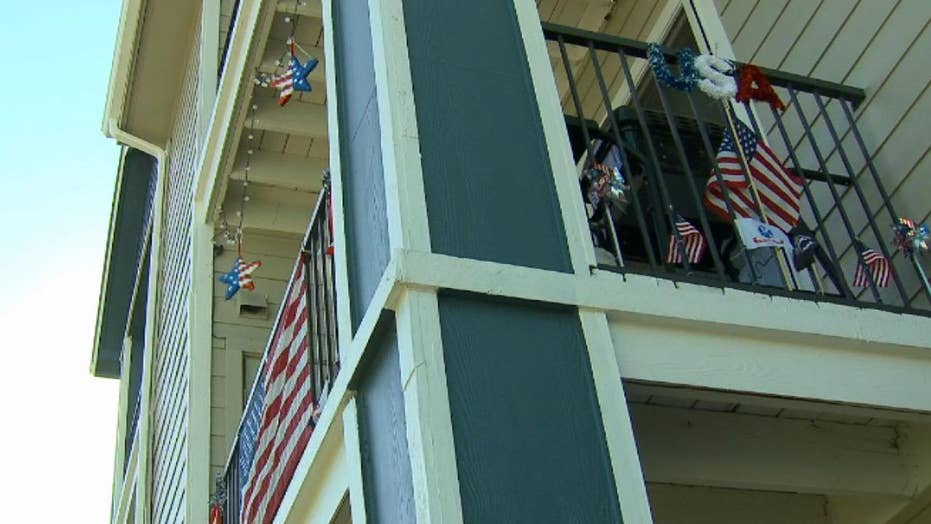 Myles Hoenisch served almost seven years in the Army now he faces eviction for violating the rules of apartment complex he lives in by displaying the American flag.

A controversy has erupted at a Colorado luxury apartment building over a rule prohibiting tenants from flying the American flag.

Myles Hoenisch, a disabled veteran, served in the Army for nearly seven years, including a tour in Iraq and now is risking eviction for defying that rule.

“I joined the Army because I wanted to give back to my country,” he told Fox 31 Denver.

Hoenisch has been flying the American flag from his balcony since the middle of June; however, his lease agreement at the Avana Eastlake Apartments in Thornton says he’s not allowed to do so.

Avana Eastlake Apartments didn’t return Fox News’ emails for comment, but provided FOX31 with the following statement: “We are proud to support our country and the Veterans who have served.  Our lease agreement, which all residents sign, prohibits any type of flag displayed from balconies.  We often remind residents of this policy and whether it is a college football flag or an American flag, we are required to treat all residents equally."

“The country itself, and the pride of this country, is not the same as it used to be,” Hoenisch said.