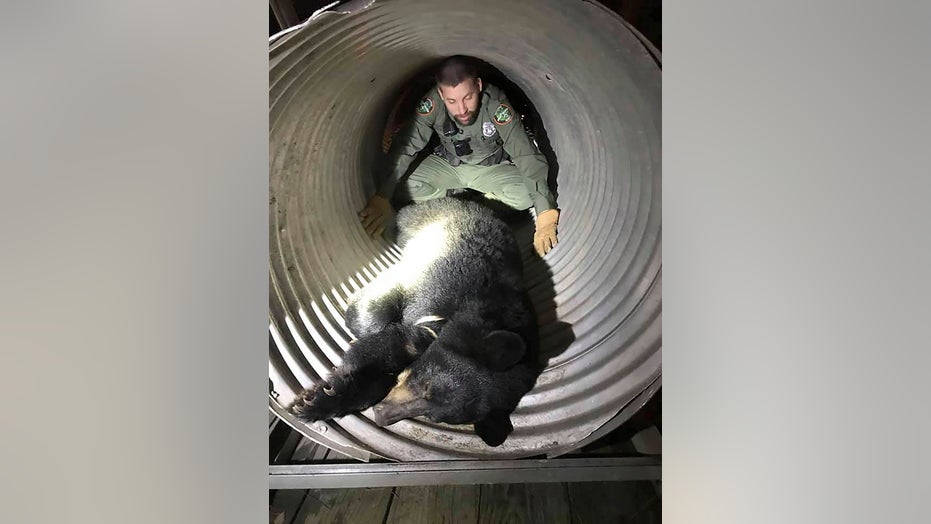 A 200-pound female black bear got stuck inside the University of Tennessee's baseball stadium Sunday, prompting wildlife officials to respond and help her back to her territory.

The bear was found wandering around the Knoxville campus' Lindsey Nelson Stadium, officials said. A campus police officer notified the Tennessee Wildlife Resources Agency about the bear around 4 a.m., saying the animal had become stuck inside the venue.

Sgt. Roy Smith and Wildlife Officer Jeff Roberson responded to the scene, tranquilized the bear and removed her.

She was released into the Foothills Wildlife Management Area in Blount County later that morning.

A video posted to the Tennessee Wildlife Resources Agency's Facebook page shows the bear wandering into the woods.