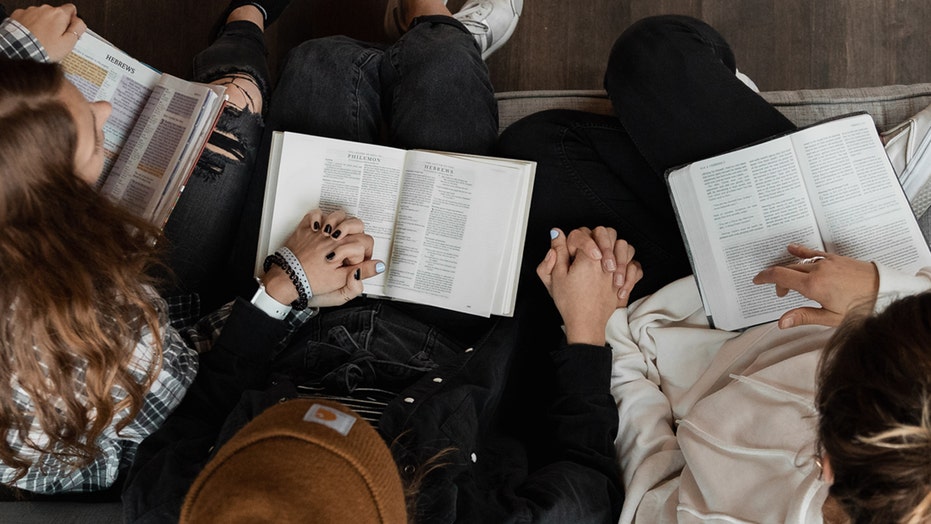 Rev. Franklin Graham on the importance of preserving faith

Reverend Franklin Graham reacts to the anti-Semitic attacks on ‘Fox and Friends.’

Christian leaders have a vision for 2020 as the Year of the Bible for millions around the world.

Beyond selfies and New Year's resolutions to make this the #YearoftheBible for every believer, Christian leaders have been joining their resources around the Good Book in a movement that has garnered support from Pope Francis, Ravi Zacharias, Francis Chan and over 20,000 churches and ministry organizations in more than 100 nations.

The founder of "Year of the Bible (YOTB)," Nick Hall, who has been called the "Billy Graham of this generation," told Fox News they're bringing together resources to help believers and nonbelievers alike to engage with the Bible like never before. He said the Bible is the most influential and misunderstood book in history and the movement simply would ask people, "Look to the Bible for yourself, and what if this was your year to be inspired?"

The Year of the Bible is a movement started by Christian leaders to have more people engage with the Bible in 2020. (PULSE)

"Everything about our faith is built on Scripture but so many of our lives aren't," he said. "We live our lives based off of good ideas or good talks, even going to church isn't enough. If you go to church and all you do is listen to podcasts, you're missing out. You need daily bread. God wants to speak to you."

The founder of PULSE, the CEO of Table Coalition, and the visionary of Together 2020 said it all changed for him in 2013, after years of traveling and speaking about Jesus.

"I've spent the majority of my life not loving the Bible," he said. "I think we've taught people that go to church to love good music and good preaching, but most of us have not been taught to love the Bible and read the Bible on our own. It's almost like this foundational part of our faith that we're missing."

Hall said he was inspired by a conversation he had with Chan about how the reading of Scripture could unite the church in America and solve a lot of issues plaguing the country.

Francis Chan, left, and Nick Hall talking about the "Year of the Bible" in a promo for the movement. (PULSE)

"What if we had a year where all the believers in America—even unbelievers—read this book?" Chan said. "This is the most-read book in all of human history. Don't you want to read it through before you die? Read this, and let's talk about it. What if we could get everyone on board—if all the Christians were reading it, so that any believer I came up to, I could have the same conversation about the book rather than the weather or sports. That's where we would get unity."

They said they're launching a plan through YouVersion on the Bible App called "Together in Scripture," with the goal of reading through shorter books of the Bible with other people in partnership with the Bible Project, a group making videos to help people understand what they're reading.

FAITH-BASED TV SERIES 'THE CHOSEN' TELLS THE STORY OF JESUS: THE START OF SOMETHING 'VERY SPECIAL'

The Bible Recap is for anyone who wants to read the Bible in a year chronologically, something 20,000 churches have already joined, along with a podcast helping go over the reading. The Public Reading of Scripture offers people a way to gather for public readings, as called for in the Bible. And, for younger people, a ministry called Streetlights offered books of the Bible with spoken word and with hip-hop music.

YOTB is launching the Move Closer App with content from many global leaders including Hall, Zacharias, and Chan. The goal is to fuel peer-to-peer discipleship.

The company Alabaster redesigned the Bible for millennials and has been partnering with YOTB. For co-founder Brian Chung, who said he became a Christian his freshman year in college, it's very personal.

"I remember reading the Bible and having the words of the Bible relate to me on a deep level. It was a powerful moment that I never knew was possible. As I applied the teachings of the Bible, I started seeing a positive transformation in myself and the people around me," Chung told Fox News. "Imagine what would happen in our city, in our country, in our world, if more people read and listened to God's Word."

Partnering with Museum of the Bible in Washington, D.C., and culminating at Together 2020 at the Lincoln Memorial this coming June, they said they hoped to gather 200,000 people and bring a revival back to the Bible.

Zacharias, who has made a career out of defending the Bible in public forums on college campuses across the country and around the world, called it "a timely tribute for a timeless book."

"Many years ago, God reached down to me as a teenager in a hospital bed in India with a page from the Gospel of John," he said. "The Book of Books is a mirror for the soul and a map for life meeting our deepest hungers for truth, love, justice and forgiveness. As you read it, you will find it reading you. I encourage you to let it fill your soul."

While Christianity has been on the decline over the last decade, according to a Pew Reseach Center survey, more than 1,800 languages have not had an entire Bible in their language.

It's something Illuminations, a collective of Bible translators, has aimed to change by 2033. They've called it "Bible poverty," something they said affected an estimated 1 billion people.

Passion 2020, where 65,000 young Christians are gathering to bring in the New Year, plans to help raise money to translate the Bible.

"We want people to love the Bible and desire for the Bible to get to other languages," Hall said. "I really see our relationship with the Bible as the one thing that changes everything."