The site of the Chernobyl Nuclear Power Plant disaster is set to officially become a tourist attraction, Ukraine announced Wednesday.

President Volodymyr Zelensky signed a decree to designate the area — the site of the 1986 disaster — a tourist site after the area saw an increase in visitors following the release of the popular HBO "Chernobyl" miniseries.

"Chernobyl has been a negative part of Ukraine's brand," Zelensky said during the signing, according to the BBC. "The time has come to change this." 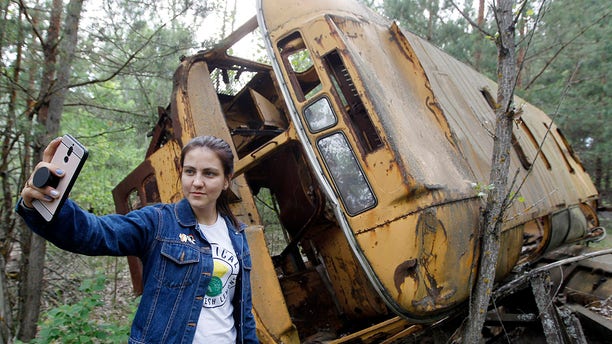 The president described the area as "a unique place on the planet where nature is reviving after a major technological catastrophe," and said walking trails, waterways and checkpoints will be implemented for visitors.

Zelensky unveiled the plans as he inaugurated a giant structure built to confine radioactive debris reactor No. 4 — a project that cost around $1.7 billion to build and took nine years to complete.

The April 1986 disaster left at least 30 people dead in the immediate aftermath, from either the explosion at the reactor or from acute radiation sickness in the months after, and sparked a widespread environmental disaster.

The accident in what was then Soviet Ukraine exposed millions in the region to dangerous levels of radiation and forced a wide-scale, permanent evacuation of hundreds of towns and villages in Ukraine and Belarus as radioactive dust spewed across Europe.

HBO in May debuted a five-part miniseries about the explosion, which once again brought attention to the area. Tour operations near the plant credited an uptick in tourism to the show.

“Many people come here, they ask a lot of questions about the TV show, about all the events," tour guide Viktoria Brozhko told Reuters last month. "People are getting more and more curious."

Itineraries offered by local tour companies include guided bus trips into the Exclusion Zone, stops in abandoned villages near Chernobyl, and then “sightseeing” in the town, which itself contains memorials and the robotics used to clear hazardous materials following the disaster. They can also stand outside the fourth reactor, now covered by a New Safe Confinement structure.

Fox News' Michael Bartiromo and The Associated Press contributed to this report.