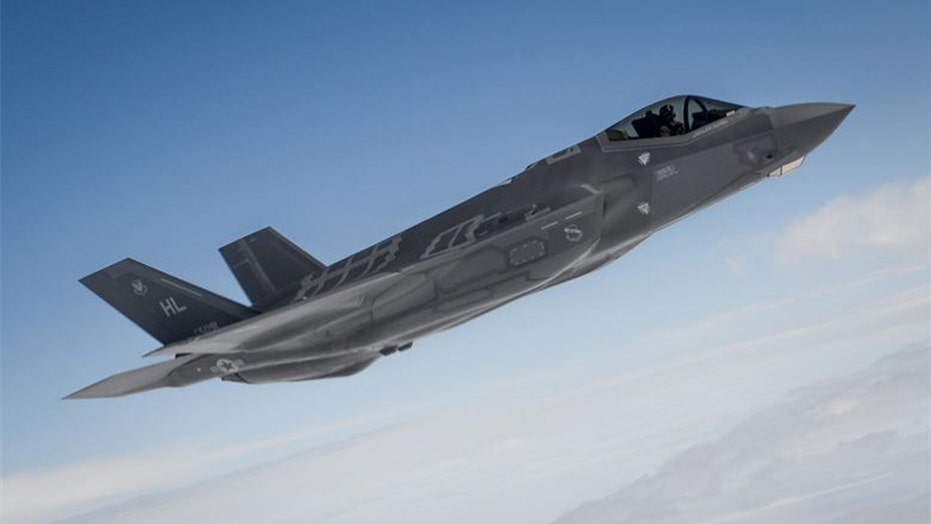 Fighter jets will control attack drones from the cockpit, bombers will avert air defenses and real-time intelligence data will be available to attacking forces more quickly -- all due to new iterations of fast-evolving Artificial Intelligence technologies.

“The bottom line is the next big thing that is going to enable the US to maintain its qualitative edge is the seamless and ubiquitous sharing of information. Aircraft are going to be part of a sensor-shooter-effector-maneuver ISR complex,” said Ret. Lt. Gen. David Deptula, Dean of the The Mitchell Institute for Aerospace Studies and Warrior Contributor.

For the F-35 and B-2, for instance, rapid database access, organizing information and performing high-volume procedural functions are all decided advantages of AI applications. Algorithms, for example, are increasingly able to scan, view and organize targeting, ISR and sensor input such as navigation information, radar warning information, images or video.

The F-35, for instance, uses early iterations of artificial intelligence to help acquire, organize and present information to the pilot on a single screen without much human intervention. Often referred to as easing the cognitive burden upon pilots, the effort is geared toward systematically presenting information from a range of disparate sensors on a single screen. The F-35s widely-discussed sensor fusion, for example, is evidence of this phenomenon, as it involves consolidating targeting, navigation and sensor information for pilots.

In the near future, F-35 pilots will be able to leverage AI to control a small group of drones flying nearby from the aircraft cockpit in the air, performing sensing, reconnaissance and targeting functions. At the moment, the flight path, sensor payload and weapons disposal of airborne drones such as Air Force Predators and Reapers are coordinated from ground control stations.

For instance, real-time video feeds from the electro-optical/infrared sensors on board an Air Force Predator, Reaper or Global Hawk drone could go directly into an F-35 cockpit, without needing to go to a ground control station. This could speed up targeting and tactical input from drones on reconnaissance missions in the vicinity of where a fighter pilot might want to attack. In fast-moving combat circumstances involving both air-to-air and air-to-ground threats, increased speed could make a large difference.

The computer, called ALIS, makes the aircraft's logistics tail more automated and is able to radio back information about engine health or other avionics. A single, secure information environment provides users with up-to-date information on any of these areas using web-enabled applications on a distributed network, a statement from ALIS- builder Lockheed Martin says. ALIS serves as the information infrastructure for the F-35, transmitting aircraft health and maintenance action information to the appropriate users on a globally-distributed network to technicians worldwide, the statement continues.

The prospect of using advanced algorithms and on-board computers to quickly perform a range of aircraft functions, while enabling human decision makers in a role of command and control, is further explored in a research paper from a London-based think tank called “Chatam House- Royal Institute of International Affairs.”

The 2017 essay, titled “Artificial Intelligence and the Future of Warfare,” explains how fighter and bomber pilot “checklists” can be enabled by AI as “cognitive-aiding tools.”

“…pilots rely significantly on procedures to help them manage the complexity of various tasks. For instance, when a fire-light illuminates or another subsystem indicates a problem, pilots are trained to first stabilize the aircraft (a skill) but then turn to the manual to determine the correct procedure (rule following). Such codified procedures are necessary since there are far too many solutions to possible problems to be remembered,” the Chatam House paper writes.

Given this scenario, AI-enabled on-board computers could massively change this equation by performing some of these described key procedural functions autonomously. This not only lowers pilot workload, but frees up pilot “cognition” to focus on more pressing, mission critical tasks.

The Air Force’s stealthy B-2 bomber is yet another example; the aircraft is receiving a new flight management control processor which increases the performance of the avionics and on-board computer systems by about 1,000-times, Air Force officials said.

The upgrade is a quantum improvement over the legacy system, providing over a thousand times the processor throughput, memory, and network speed, according to senior Air Force leaders. The new processor will help automated navigation programs and expedite the B-2s “fly-by-wire” technology – all of which are designed to enable a pilot to expend energy upon the most pressing combat tasks with less intervention.

​Faster, more capable processors will enable the aircraft’s avionics, radar, sensors and communications technologies to better identify and attack enemy targets. The sensor-to-shooter time will be greatly reduced, allowing the B-2 to launch weapons much more effectively, therefore reducing its exposure to enemy attacks.

Although built in the 1980s, the B-2 is a digital airplane which uses what’s called a “glass cockpit” for flight controls and on-board systems.

The upgrade involves the re-hosting of the flight management control processors, the brains of the airplane, onto much more capable integrated processing units. This results in the laying-in of some new fiber optic cable as opposed to the mix bus cable being used right now – because the B-2’s computers from the 80s are getting maxed out and overloaded with data, Air Force officials told Warrior.

Additional computer-based B-2 upgrades include the now-in-development Defensive Management System, an emerging sensor system engineered to identify the location of enemy air defenses. This system, called DMS, uses computer empowered sensor technology to inform B-2 crews about where air defenses are. This not only increases mission efficiency and safety but also helps ensure that B-2 stealth bomber missions remain effective and relevant for years to come. This is yet another instance wherein computer automation can increase air-attack efficiency by using algorithms to get pilots critical, real-time information.