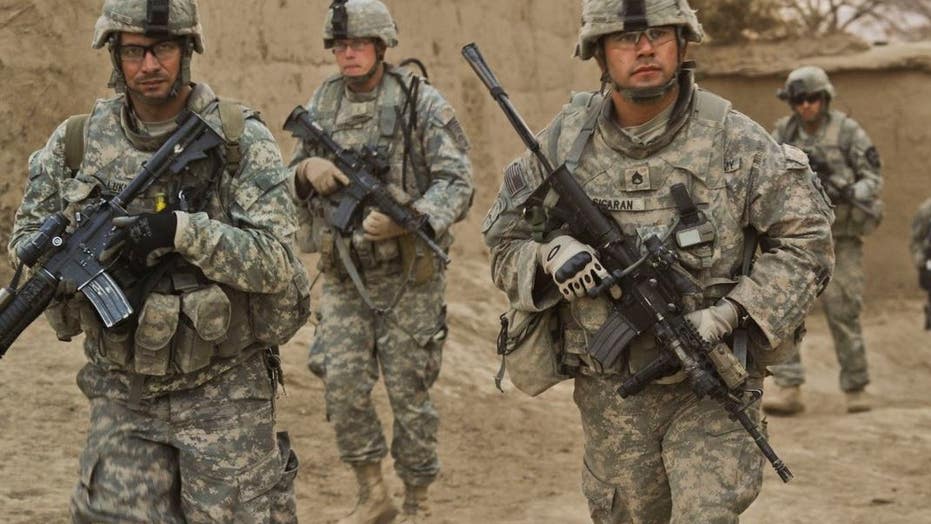 While elements of this kind of information sharing, of course, already exist, the Department of Defense is currently refining and expanding its concept of joint attack with the intention of reaching an entirely new level of modern operational effectiveness. This not only includes incorporating previously less-impactful warfare domains, such as space, cyber and electronic warfare, but also envisions new dimensions of land, air, surface and undersea integrated attack.

U.S. Army Futures Command has created two multi-domain task force units, addressing threat scenarios in Europe and the Pacific, geared toward advancing a warfare synergy between otherwise disparate spheres of attack, such as air, land or sea. Gen. John Murray, U.S. Army Futures Commander, told reporters several months ago that the Army is rapidly adapting to how multi-domain combat continues to inform preparations for future war. This, according to Murray, includes efforts to… “start modifying structures, organizations and TTPs (Tactics, Techniques and Procedures) regarding how you fight based upon multi-domain-capable formations."

For instance, what if a submarine-launched undersea Navy drone used sonar to find an enemy submarine lurking near vulnerable allied coastline -- and then instantly transmitted location data to submarines and surface ships, which could then cue fighter jets to destroy the surfacing enemy submarine from the air? What if these integrated nodes were able to span vast distances beyond the horizon forming a mesh of integrated attacking systems? Thinking this scenario through, cuing a stealthy, fast fighter jet might be essential should torpedoes or other modes of attack be out of range, more challenged or not possible... or, perhaps, sub-hunting air assets could not operate due to the threat environment - requiring a need for a stealthy fighter jet to attack.

Should this happen, it would signify the emergence of a force well-suited to face sophisticated, well-armed enemies across multiple theaters at one time. Extending this thinking even further, perhaps, the sharing of this kind of threat information could quickly transmit to land-based commanders able to mobilize defending forces and activate land-based radar to detect incoming enemy fire closer to launch. The idea is to shorten sensor-to-shooter time, transmit target information across domains, share radar returns and launch coordinated attacks across air, land and sea. What if the discovered enemy submarine was conducting covert reconnaissance missions in advance of a planned enemy amphibious assault? Early detection of this enemy sub could help land forces prepare to repel an air-sea-ground enemy invasion and activate ground-based radar and interceptor missiles able to knock out incoming enemy missiles. Networked domains

“We had the lead for the Air Force in terms of combat development, a 3-Star Navy Admiral and a 2-Star from Quantico (Marine Corps),” Murray added.

Wargames, according to senior Army officials who take part in them, pit friendly “blue” teams against “red” teams acting like major adversaries. The exercise can involve maps, intelligence data, terrain and geographic factors as well as specifics regarding whatever populations or countries are involved. They are often literally on a table top with nearby computers, simulations and methods of data analysis, or in some cases they can be as large as moving structures on the floor of a gymnasium.

Battle damage assessments are of great significance in wargames. For instance, what happens if large portions of a force are wiped out by an attacking enemy? What kinds of options does that leave a commander?

The wargames are designed to encompass the full range of cultural, economic and geographical factors, senior Army officials have told Warrior. For instance, some wargames take place in the arctic, whereas others are in the desert. A Pacific-theater wargame, for instance, would likely take up challenges presented by vast ocean areas and geographical variables such as the so-called “tyranny of distance.” A European wargame, by contrast, might explore cross-continental mobility, encountering mountainous terrain and attacking large land formations.

Wargaming offers two distinct theoretical models for decision-making, according to an essay from the School of Advanced Military Studies, Army Command and General Staff College, Fort Leavenworth, Kansas. “One model is based upon enemy capabilities and the other on enemy intentions,” according to the essay, titled “The Manual Wargaming Process: Does Our Current Method Give Us The Optimum Solution?”

Some of the current multi-domain thinking is often discussed in terms of a modern, or new iteration of the Cold War-era "AirLand Battle" strategy. AirLand Battle, which envisioned air-ground warfare synergy to counter a Soviet threat on the European continent, was intended to provide air cover for advancing land attack units confronting a larger Soviet Army.

Flying in close proximity to land forces, air assets were intended to attack advancing ground units, weaken supply lines or destroy troop fortifications, clearing the way for offensive ground operations. While these objectives are of course still important, the currently emerging cross-domain doctrine is based upon the reality that modern air and ground forces are more dispersed - and therefore more threatening in some respects. Ground forces are now more vulnerable to longer-range air and missile strikes, drone attacks and guided weapons able to strike from high-altitudes.

Given this, newer multi-domain concepts, when it comes to technical application, involve a fundamental shift toward using information itself as a principle weapon in warfare operations. The tactical use of information to organize and enable effective combat involves a range of tactics -- such as using air-assets as “nodes” across a larger air-ground-sea combat scheme, firing ground weapons to attack enemy air defenses and leveraging the altitude and range of surveillance aircraft to pinpoint targets for land-based attacks.

Of course the Army and the Air Force already have a history of successful warfare integration, including air-ground coordination in places like Iraq and Afghanistan. US Special Forces, the Air Force Special Tactics Squadron and strategically placed Joint Tactical Air Controllers have long identified ground-target coordinates for air attacks, often using land-based laser rangefinders to “paint” targets for fighter jets.

While explaining some specifics of the Air Force contribution to this initiative, retired Lt. Gen. David Deptula -Dean of The Mitchell Institute for Aerospace Studies, said establishing a dispersed, multi-domain, inter-service warfare network presents a “difficult concept for an enemy to attack.”

This concept, placing information itself as indispensable connective tissue to networked cross-domain warfare, is further developed by Deptula in a Mitchell Institute policy paper called “Evolving Technologies and Warfare in the 21st Century: Introducing the “Combat Cloud.”

“The ‘combat cloud’ inverts the paradigm of combined arms warfare— making information the focal point, not operational domains. This concept represents an evolution where individually networked platforms—in any domain—transform into a “system of systems” enterprise,” the paper writes.

For example, many land weapons such as Guided Multiple-Launch Rocket Systems, and artillery often max out at ranges of 70-to-90 km in many cases. Land-fired High Mobility Rocket Systems(HIMARS) are reported to have a maximum range up to 300 km. However, having a 300 km range for HIMARS does not mean targets can always be quickly identified at that distance.

Many fighter jets, bombers, drones and surveillance planes, however, can travel as far as 500 nautical miles in some cases without needing to refuel. These ranges for air platforms, when networked or integrated with land-weapons, can exponentially increase the sphere of potential air-ground attacks and reconnaissance missions. The vision with this, Deptula explained, is to form an expanded “self-healing” warfare network.

“If an enemy takes out a few aircraft, the information is already re-routed to the rest of the elements,” Deptula said in an interview with Warrior earlier this year. Within this conceptual framework, the “combat cloud” can use dispersed, long-range air assets as “sensor nodes” operating in tandem with land weapons.

The Army’s developing a Long-Range Precision Fires weapon, engineered to hit targets as far away as 500 km. It is a land weapon being engineered to support this concept and expand the Army’s strike range; this appears to offer an example of how land weapons could potentially be given targets over great distances by “networked” air platforms. Along these lines, senior Army weapons developers often refer to LRPF as a high-priority program now being accelerated.

A vastly expanded air-ground attack network, Deptula added, could very well extend to include weapons engagement authority implemented by air nodes at great distances. A more dispersed attack scheme, fortified by long-range weapons and sensors, can hold previously inaccessible targets at risk. An airborne F-35 fighter could, for instance, use its drone-like sensors to acquire a target seemingly out of reach for land-launched missiles and provide the Army weapons with target specifics. Even further, an F-35 might be engineered to cue or even launch ground weapons at a target it identifies. Deptula cited this example in terms of Air Force-Navy synergy.

“If an F-35 detects an enemy missile launch before an Aegis cruiser, the F-35 could engage and launch the interceptor missile that comes off of that Aegis cruiser,” he explained. “We can’t do this yet today, but this is where we need to be doing collective thinking about this vision as a common vision.”