Apple is under fire in China after an article in the state-owned media China Daily accused the tech giant of "helping [Hong Kong] rioters engage in more violence."

The article criticizes the Tim Cook-led company for reversing a decision to ban the HKMaps app in its App Store, only to reallow it soon afterward, following a wave of public criticism.

"As a company with international influence, Apple has always enjoyed a high reputation," the article reads. "A company has its own standards of conduct, but should also have its social responsibilities. If Apple abandons its responsibilities and let violent acts get worse, it puts more users at risk." 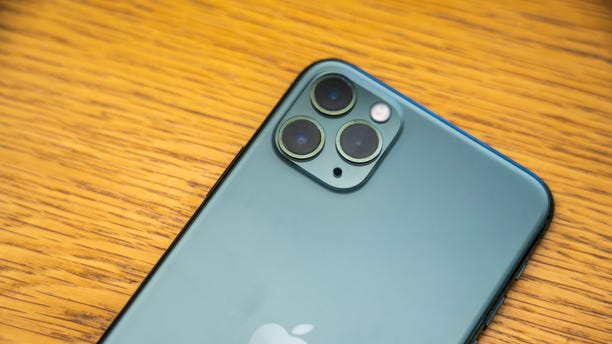 APPLE WILL BUILD NEW MAC PROS IN TEXAS AMID TARIFFS

The article continues: "Business is business, and politics is politics. Nobody wants to drag Apple into the lingering unrest in Hong Kong. But people have reason to assume that Apple is mixing business with politics, and even illegal acts. Apple has to think about the consequences of its unwise and reckless decision."

The app is being used by demonstrators to crowdsource information such as street closures and where police are located, using emojis. The app developer has previously denied it is being used for illegal purposes.

Last week, the Twitter account linked to the app noted that the app had been reinstated, writing the Cupertino, Calif.-based Apple "finally made the right decision."

It followed that up with subsequent tweets noting that there would "not be any further comments on this matter."

Apple did not immediately return a request for comment to Fox News.

China is an extremely important market for the iPhone maker, as the tech giant looks to offset slowing sales in its home market. In its most recent quarter, Greater China, which includes China, Hong Kong and Taiwan, accounted for $9.15 billion of its $53.8 billion quarterly revenue, or approximately 17 percent of quarterly revenue.

During the investor call to discuss the results, CEO Cook said the company "experienced noticeably better year-over-year comparisons for our iPhone business" in China, highlighting the "combined effects of government stimulus, consumer response to trade-in programs, financing offers, and other sales initiatives and growing engagement with the broader Apple ecosystem."

The attack on Apple comes just one day after the Chinese government canceled a Brooklyn Nets event earlier this week and a Chinese state broadcaster reported that the country will no longer air preseason games played in China.

The decisions follow the recent controversy over a tweet from Houston Rockets general manager Daryl Morey that supported protesters in the Hong Kong riots.

Morey has since apologized for the tweet, but NBA Commissioner Adam Silver said the league “will not put itself in a position of regulating what players, employees and team owners say or will not say on these issues.”