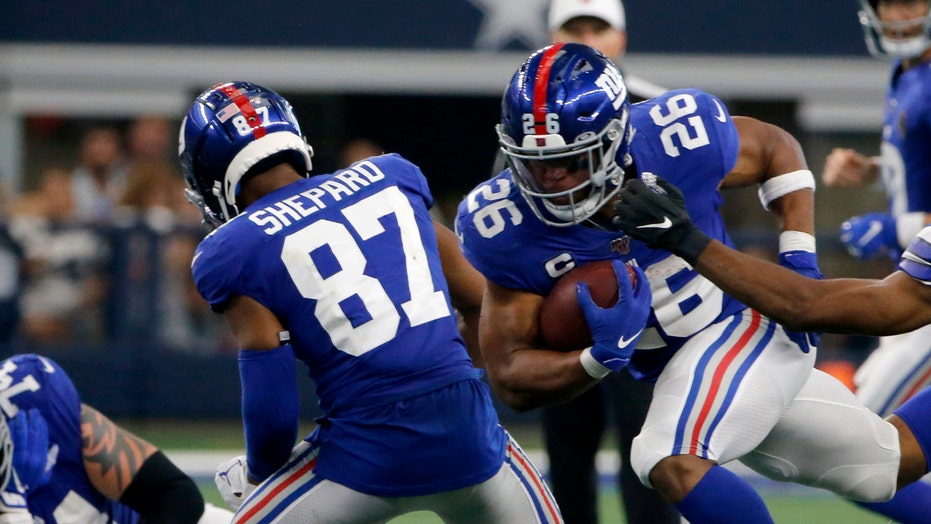 New York Giants’ wide receiver Sterling Shepard admitted to bypassing NFL protocols after revealing Friday he continued to play in the season opener against the Dallas Cowboys earlier this month knowing he had sustained a concussion.

Speaking publicly for the first time since the Giants devastating loss on Sept. 8, Shepard said he waved off NFL spotters, the people tasked with looking for injured players, after he took a massive hit during the 3rd quarter.

“They tried to send someone in there for me and I just kind of waved them off," he said. "Ultimately, it's my decision, I guess, to say to stay in."

The 26-year-old pro said following the hit, it took several plays before he felt OK but quickly realized he was likely concussed.

When asked why he would risk health to stay in the game, Shepard said he did it for his team.

"It was an in-the-moment decision," he said. "I felt like I wanted to stay in and help my boys out, so that's why I did it."

Shepard played the entire game against Dallas and passed all the concussion tests the next day. He went on to play the Buffalo Bills the following week but was sidelined after he reportedly felt unwell the previous Sunday or Monday.

Coach Pat Shurmur said Shepard's concussion was being investigated "behind the scenes" and he couldn't answer any questions.

He is expected to play Sunday when the Giants take on the Tampa Bay Buccaneers in Florida.