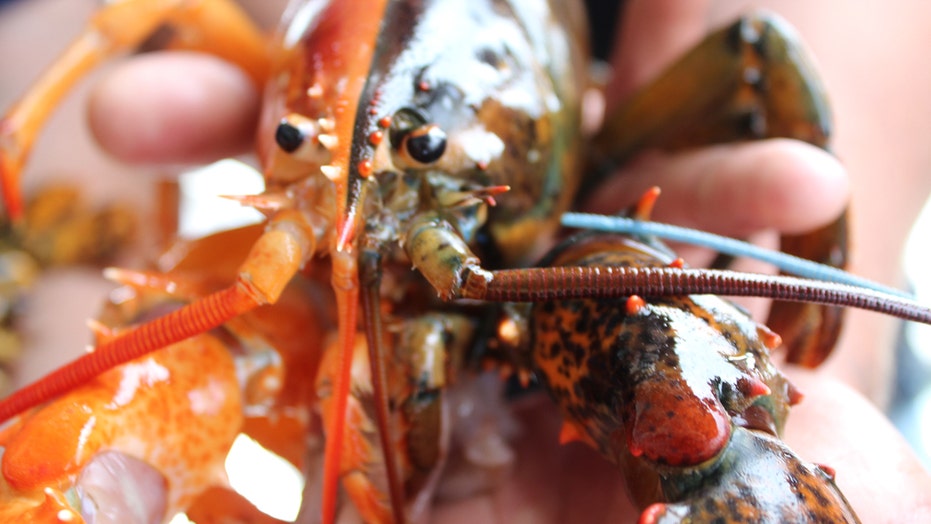 A rare two-colored lobster has been found off the coast of Maine by a local fisherman who had a 1-in-50-million chance of finding the unusual crustacean.

Captain Daryl Dunham, of fishing vessel Force of Habit, discovered the two-toned "unique lobster" – which appears half red and half black – last week and handed it over to the Maine Center for Coastal Fisheries.

"We’ve seen some pretty cool lobsters in our marine touch tank over the years, but this one might be a first!" the center wrote in a Facebook post.

Described by some as a "Halloween lobster," commenters online said the critter looked half-cooked.

There's a 1-in-50-million chance such lobsters are found, according to National Geographic. The colors of the split-colored lobster "are usually split directly down the middle or in a checkerboard pattern."

The rare lobster is currently on display at the center's Discovery Wharf in Stonington, alongside three other rare lobsters – two calico and one blue – until mid-October.