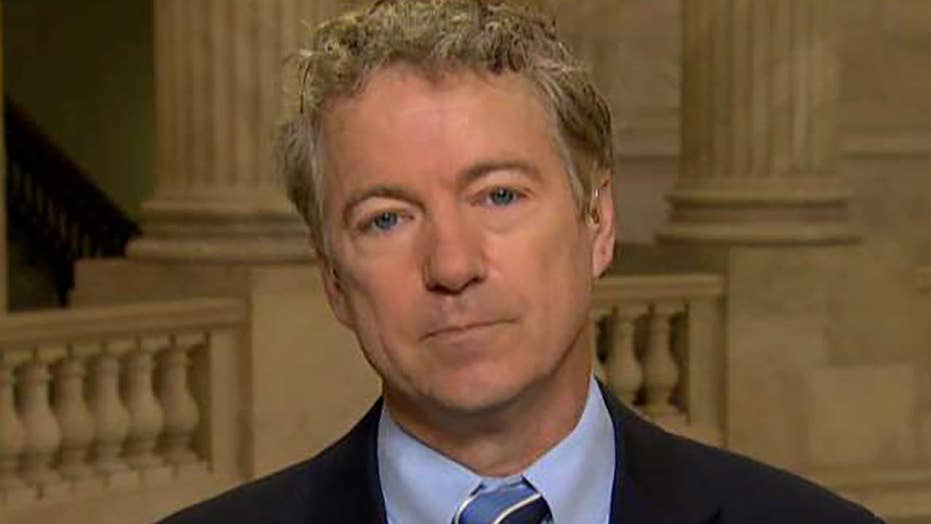 Sen. Rand Paul, R-Ky., said Thursday that his new bill to allow 401(k) withdrawals without penalty for college debt is more likely to pass than 2020 Democrats' proposal of eliminating debt and creating a "free college" system.

According to The Institute for College Access & Success, last year the average college student owed nearly $30,000 after graduation. Student loan debt in the United States has hit a record high reaching more than $1.6 trillion.

Appearing on "Fox & Friends" with host Steve Doocy, Paul said that the bill would allow for not only using money that's already in an IRA, but specifically putting money in there.

"So, let's say you're already paying your student loans off -- you're paying them with after-tax dollars. This would allow you to take that money, put it in the 401(k), and pay with pre-tax dollars," he explained.

Paul told Doocy that, if passed, his bill would be the "most dramatic thing to happen to college tuition and helping students pay for it really in the history of government involvement at all."

CLICK HERE TO CHECK OUT THE FOX NEWS APP

Paul said that alarm bells should go off when someone offers you something for free "because there is no free lunch," and argued that 2020 Democrats' programs would have to be paid for with massive taxes on the working-class and the middle-class -- something many of the candidates, like Sen. Elizabeth Warren, D-Mass., have vehemently denied.

"Ours doesn't require that. Ours simply says, 'If you will save, we will not tax you on that money and you can pay for college,'" said Paul.

"I think this actually has a chance of passing. Free college education -- which isn't really free -- has no chance on Capitol Hill," he concluded.

Julia Musto is a reporter for Foxnews.com