Pugh was indicted for allegedly running a multiyear scam using her books to boost her political career and pad her coffers.

In a 37-page sentencing memorandum, U.S. Attorney Robert Hur wrote, Pugh's scheme was “a recurring pattern of well-executed steps that built on each other, becoming more audacious and complex leading up to the mayoral election,” according to WJZ-TV.

Prosecutors said her plan to rip off nonprofits and taxpayers began in 2011, when she was a state senator.

Pugh's books have included "Healthy Holly: Exercising is Fun" and "Healthy Holly: Fruits Come in Colors like the Rainbow." Most were sold directly to nonprofits and foundations that did – or tried to do – business with the state or with Baltimore.

Prosecutors said Pugh arranged fraudulent sales of her books to schools, libraries and a medical system to pay for her mayoral bid as well as to buy and renovate a house in Baltimore City.

The memorandum also says Pugh used a business she co-owned to launder a $20,000 check into her campaign from a donor who had already given the $6,000 limit, WJZ reported.

Pugh also lied to FBI agents, according to the memorandum, when they came to her house for her personal cell phone. She said she didn’t have it and gave them a work phone but agents heard it ringing from under a pillow in her bedroom when they called it a short time later, according to the station.

“Almost immediately, the agents heard a vibrating noise emanating from her bed. Pugh became emotional, went to the bed and began frantically searching through the blankets at the head of the bed. As she did so, agents starting yelling for her to stop and show her hands,” prosecutors wrote, the Baltimore Sun reported.

“The facts establish that Pugh deliberately engaged in a broad range of criminal acts while serving as Maryland State Senator and Mayor of Baltimore City,” Hur added.

“As an educated businesswoman and successful politician, Pugh had countless opportunities for self-reflection, occasions when she could have checked her moral and ethical compass and chosen to change course," he said. "She did the opposite, and chose to double down on a path of rampant criminal deception to fulfill her ambitions."

She did not plead guilty to seven individual counts of wire fraud.

“The chronology of events since 2011, comprising Pugh’s seven-year scheme to defraud, multiple years of tax evasion, election fraud, and attempted cover-ups, including brazen lies to the public, clearly establishes the deliberateness with which she pursued financial and political gain without a second thought about how it was harming the public’s trust,” wrote Assistant U.S. Attorneys Martin J. Clarke and Leo J. Wise, according to the Sun.

Pugh resigned last May. She had been under investigation since February 2017.

Her defense said they "strongly disagree” with the recommendation and said their "position as to a fair and appropriate sentence will be laid out in a sentencing memorandum which will be made public pending order of court,” WJZ reported.

She is scheduled to be sentenced on Feb. 27. 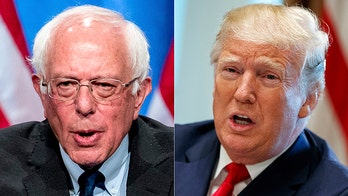 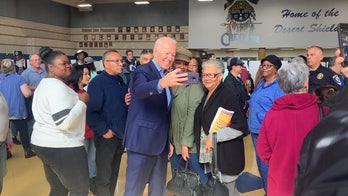