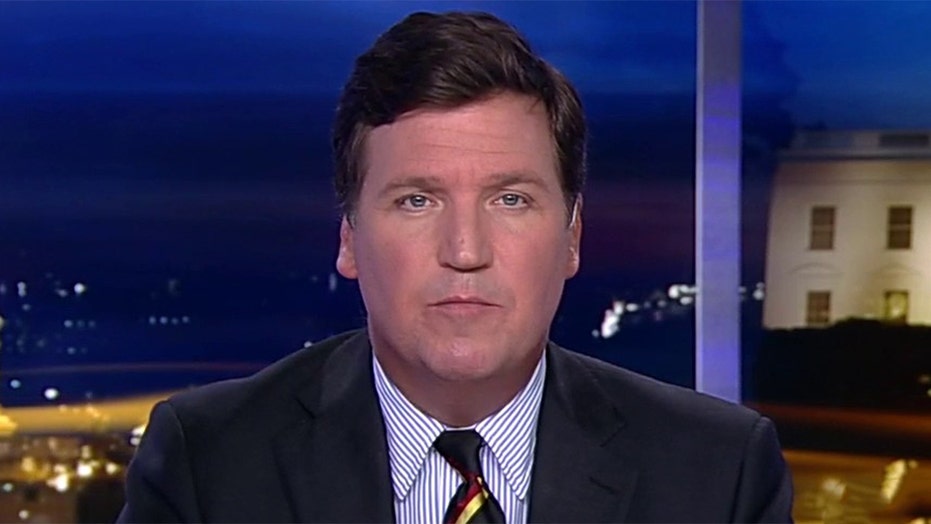 Tucker: What you're missing during the impeachment saga

As of now, impeachment has received many times the news coverage of everything else that has happened in the past couple of weeks combined. In America's newsrooms, impeachment is all that matters and that should tell you something. In fact, it ought to make you suspicious.

The world is changing incredibly fast out there, and it's fascinating and ominous and worth covering. But by and large, the media are all but ignoring it. Why are they doing that?

Well, consider the stories they're downplaying in favor of a protracted government hearing whose ending we already know. For starters, at this very moment, a serious viral outbreak is spreading across China, the world's biggest country. In just a matter of weeks, this new strain of coronavirus has generated almost as many new cases as SARS did in three full months. Remember SARS?

So two weeks versus three months. More than a hundred people have died so far, and that's just the official total. The real number is likely higher than that. Hong Kong has closed its borders with mainland China, but as of Tuesday night, for reasons that are not at all clear, planes are still landing in this country from Chinese cities.

So by any objective standard, that is the biggest story of the day, maybe of the moment -- a potential pandemic rising from Asia. But that's not all that is happening outside impeachment world.

According to a new CDC report, the suicide rate in this country has risen by an astounding 40 percent over the past 17 years. Last year alone, an additional 16,000 Americans killed themselves compared to the rate from 17 years ago. You likely know one of them; most people do know one of them.

To put it in perspective, that's more deaths in the entire Iraq and the entire Afghan wars combined. And the hardest hit sector of the population, you won't be surprised to learn, was blue collar workers. It's the same group being crushed by wage stagnation, unemployment and the opioid epidemic and being crushed, above all, by the loathing and the contempt our ruling class so clearly feels for them. Why are they dying? Neglect is one of the main causes.

Meanwhile, as if that weren't enough, all of that, a well-known Harvard University professor turns out to be a Chinese spy -- for real. Charles Lieber, chair of Harvard's chemistry department, was arrested Tuesday for concealing millions of dollars in payments from the Chinese government and then hiding his involvement in a Chinese program to acquire foreign technology and expertise.

If those allegations against Lieber are true, he betrayed this country to assist our most dangerous enemy, and he wasn't alone. Authorities have also charged -- while you were watching impeachment -- a Boston University grad student who apparently was secretly serving as a lieutenant in the People's Liberation Army. She forwarded her research from this country straight to Beijing.

That researcher is already back in China, so she will likely never be punished for what she did. But yet another researcher here on a visa sponsored by yes, Harvard, was just caught trying to smuggle 21 vials of biological material out of Logan Airport in Boston. This is all happening right now.

Let's stop talking about depressing topics like Chinese spying, global pandemics and the imminent rise of socialism in our country. Let's get back to something we can handle, something small and fun, like John Bolton's catty new book.

Remember, when America was shocked when the Rosenbergs were caught stealing secrets and sending them to the Soviets? They went to the electric chair for that. Well, today, Chinese spies are so common in our colleges and in our government here in Washington, they would barely even notice them. It doesn't even rate a story on page one.

So there you have it -- three news stories, each more compelling and more inherently important than the impeachment farce we've endured for a week and a half. What do these stories have in common? Well, each one points up the selfish incompetence of the people in charge, and maybe that's why the media don't want to talk about them -- because their job is to protect the people in charge.

By the way, here's one more story they are not telling you about in any detail: the growing chaos within the Democratic Party.

With the first votes to the 2020 race less than a week from now, things are falling apart. Bernie Sanders is all of a sudden poised to win the first three contests in a row. Historically, that has been a guarantee of a presidential nomination.

Now, Bernie's rise has been happening for months now. But like every major new development in the world, it's been slow to dawn on official Washington, which has been wholly engaged in the emotionally satisfying ritual of hating Donald Trump.

But now Bernie has arrived and he's impossible to ignore. The Democratic establishment is waking up to a nightmare, and they're horrified.

No Democrat in Washington really believes Joe Biden is a strong candidate, no matter what they tell you. Talk to them privately -- talk to anyone who knows him -- and they'll admit Joe Biden shouldn't even be running or for that matter, driving. Everyone agrees it is sad to watch it.

Their solution -- their designated savior -- is finance mogul Michael Bloomberg. So an elderly white male billionaire riding to the rescue of a party that, as a matter of official policy, hates white male billionaires. Doesn't sound likely, does it? If this were a movie script, they'd be laughed out of the pitch meeting. "Come on. No one will believe it."

But this is Washington where purportedly smart people convince themselves of all kinds of unlikely things and then go with it. So Bloomberg is the candidate they're backing -- for now, anyway.

Oh, but please. Let's stop talking about depressing topics like Chinese spying, global pandemics and the imminent rise of socialism in our country. Let's get back to something we can handle, something small and fun, like John Bolton's catty new book. Good ol' John Bolton. They hated him once on cable television. Now, he is their hero.

Why? Why do they love John Bolton? Because his book and the sideshow it represents make it possible for the rest of us to ignore their failures. But it's still interesting.

Tucker Carlson currently serves as the host of FOX News Channel’s (FNC) Tucker Carlson Tonight (weekdays 8PM/ET). He joined the network in 2009 as a contributor.