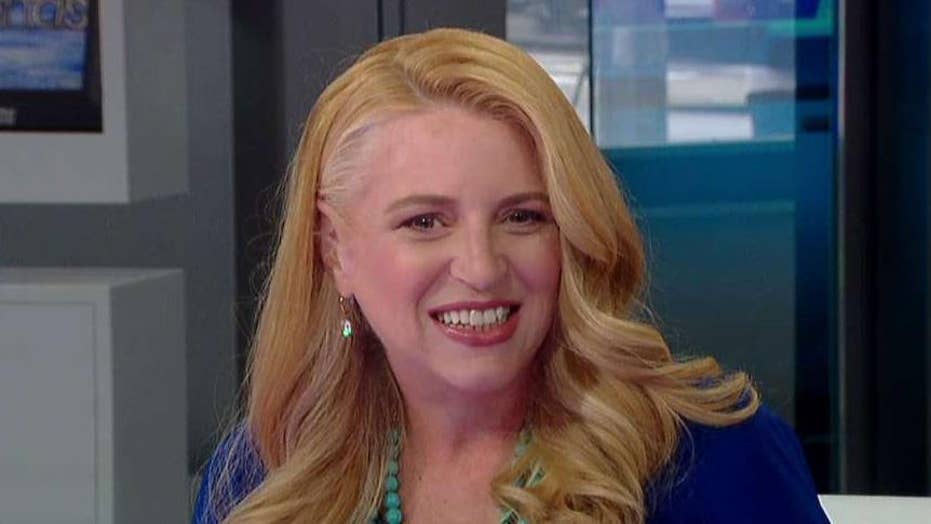 Seeking civility in family and politics

The tendency to blame others rather than assume responsibility for our own misery or mess is a timeless malady that goes by many names.

Social scientists call it “psychological projection” – a subconscious defense mechanism designed to help us cope with a particular stress or personal problem.

It’s always the other guy’s fault. It couldn’t possibly be mine.

JESSICA PHILLIPS: A WEEK AFTER A MASS SHOOTING, WE IN WEST TEXAS RISE WITH STRENGTH AND OUR FAITH

Establishment Washington has perfected the art of blaming others, and never more exhaustively or regularly than in recent years. According to beltway liberals, President Donald Trump is responsible for nearly every bad thing of late, from a fluctuation in global temperatures and a rise in strong storms to a string of mentally ill murderers and even the deterioration of social media civility.

Never mind that weather is historically cyclical, tragic gun violence is multi-factorial, and public crassness and crudeness have been on the rise for decades.

When it comes to the blame game, facts are inconvenient things.

To be fair, the blame game is bipartisan sport, and it’s been so for generations. As a kid, I remember the seemingly indefatigable White House correspondent Sam Donaldson chastising President Ronald Reagan for his tendency to blame Democrats for our nation’s ills.

From class action lawsuits to political parties that coddle the perpetually angry, it’s easy to blame almost somebody else for almost every and anything.

“Mr. President, in talking about the continuing recession tonight, you have blamed mistakes in the past,” Donaldson pressed. “You have blamed the Congress. Does any of the blame belong to you?”

The quick-witted Reagan didn’t hesitate in his response.

“Yes,” he acknowledged, “because for many years I was a Democrat!”

The room erupted in laughter.

Those of us who revere the teachings of the Bible will remember that blame is baked into the creation story. After God chastises Adam for eating the forbidden fruit from the tree of the knowledge of good and evil in the Garden of Eden, the world’s first man immediately blames Eve, the earth’s first woman. And then Eve quickly blames creation’s first serpent for tempting her.

The names of the aggrieved have changed as have the circumstances, but what began in the Garden of Eden rages on and into the cities and countryside in the first part of the 21st century.

I was thinking about this the other day as I attempted to talk with our 14-year-old about managing his finances and the many mistakes I made with money as a young man. We were talking about the 70-10-10-10 philosophy – living off 70 percent of your income, and then splitting the remaining 30 percent among tithing, saving and investing.

“Grandma and Grandpa never taught me these things,” I began, catching myself midsentence, realizing that I was blaming my deceased parents for my own financial sloppiness and stupidity as a young man.

It might be true that my mom and dad never walked me through the finer points of saving, investing and compound interest, the eighth wonder of the world, but it was my own fault that I spent money I didn’t have, loaned my credit card to people I barely knew, and didn’t pay my bills on time in those first few years following college graduation.

Back in 1996, I was friendly with a woman who was working as a nanny in New York City. Like me, Tammy was a runner. A month or two after we met she competed in the Walt Disney World Marathon. A massive January blizzard scuttled her return from Orlando and she called me in desperation, explaining her credit cards were maxed out and she was stranded. Would I loan her some money?

Tammy was pretty and blond and I had been hoping to date her, so I immediately obliged. I played the big spender and faxed her hotel my credit card authorization. She returned four days later and having charged all her meals and theme park tickets in addition to her room, she had racked up a bill of over $1,400.

Long story short, Tammy never repaid me and didn’t return my repeated calls. I fumed over the slight for years, silently burning and blaming her for stiffing me.

Truth to be told, it was my fault for trying to impress her with my seeming generosity, which was nothing more than credit I could hardly afford to repay.

Culture accommodates our penchant for finger-pointing. From class action lawsuits to political parties that coddle the perpetually angry, it’s easy to blame almost somebody else for almost every and anything.

In reality, my own worst enemy is me. It’s just a matter of perspective.

Instead of blaming my low wages or excessive taxation, hustling to earn more money would solve the problem.

Rather than blame soda manufacturers for producing fattening, sugary soft drinks or restaurants for serving oversized portions, exercising more, drinking water and eating only until I’m satiated would be a good start to better health.

Accusing my spouse for not meeting my needs when I’m not first meeting hers is downright foolishness not to mention relational suicide.

And why should I blame my busyness for being tired when the solution is to arrange my schedule to simply allow for more sleep?

The evidence would seem to suggest he never lived up to the ideals of his own lyrics in the hit song, “Man in the Mirror,” but the late and now disgraced pop icon Michael Jackson’s haunting refrain provides a prescriptive pathway for those of us inclined to point fingers:

“I’m starting with the man in the mirror,” he once sang. “I’m asking him to change his ways; And no message could have been any clearer; If You wanna make the world a better place, Take a look at yourself and then make a change.”

It’s just too bad Jackson never took his own advice.