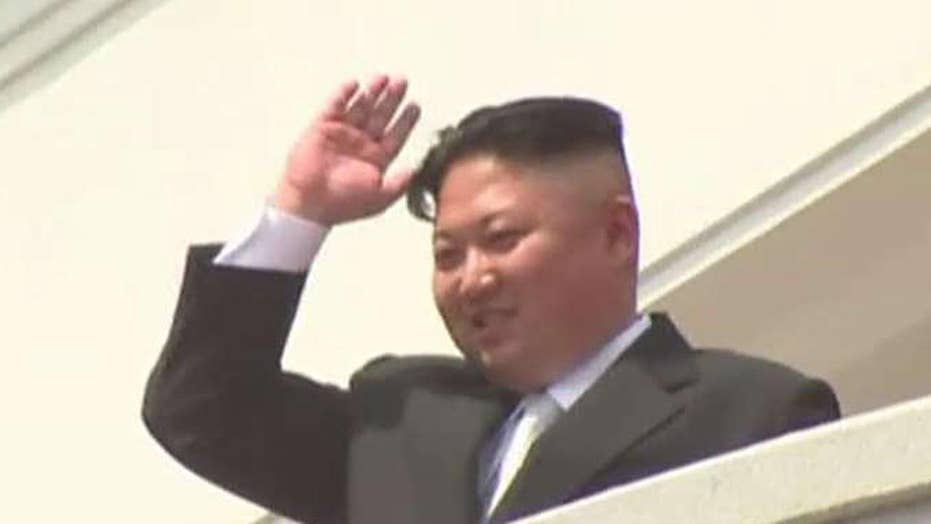 Man is the fourth American to be detained

I will never forget my first day in North Korea.

As we drove over the Tumen River in 2007, our guide told us how North Koreans come to the riverbank and wait until evening to attempt the risky swim to mainland China. The border guards have orders to shoot on sight, and anyone attempting to cross illegally is subject to summary execution. Our guide then added, almost as an afterthought, “The Tumen has probably witnessed more deaths than any other river in the world.”

Once inside the country, I was suddenly struck by the eerie quietness that pervades the towns and cities we visited.

The streets were empty, absent of the usual traffic and busy city life, and the few people who found themselves outside seemed to meander aimlessly.

Today, I know brave Christians who smuggle Bibles disguised as phone books into the country. They risk their lives so others may have the opportunity to read the forbidden words of Jesus in their own language.

Convoys of ox carts replaced cars and public buses, and the buildings, with their water-stained stucco walls, looked hollow and gray. Electricity, too, was often cut off, so that at night entire towns were absorbed into darkness.

I was shocked to see students typing on keyboards while staring at blank computer screens at one government school. They were pretending to do their classwork while the power was out.

The Democratic People’s Republic of Korea — a communist state of 25 million souls — is considered the most secretive nation on earth. Driven by the Kim family into isolation and a cultic reverence to the royal family, this small nation now threatens to destabilize the world with nuclear warfare.

Yet, while rumors fly about secret islands used to stage missile launches, and stories emerge of U.S. citizens being held in hard labor camps, a whole narrative of persecution against Christians goes largely unreported in the media.

For 16 consecutive years, Open Doors has ranked North Korea “the most oppressive place in the world for Christians.” Though exact numbers are hard to confirm — estimates range between 30,000 to 70,000 — tens of thousands of Christians are believed to be held in “kwanliso,” or political labor camps.

Often sick and malnourished, these captives are subject to extreme violence and crude torture, suffering beatings with electric rods and metal poles, and even being used as test subjects for medical experiments, as reported in Christian Solidarity Worldwide’s 2016 report on North Korea.

Christians are frequently sentenced to these labor camps simply for owning a Bible, as evidenced by the gut-wrenching story I heard from inside North Korea.

“There was one homework [assignment] I wish I’d never done,” said Eun, now in her 40s.

One morning, when Eun was in third grade, her teacher told the class, “Today we’re not going to give you homework.” Naturally, all the children celebrated the news, but the teacher wasn’t finished.

Eun ran home, arriving before her mom. She looked everywhere, through drawers, cabinets, underneath mattresses, until she finally found a small, black, leather-bound book. She hid it inside her bag and took it to school the next morning.

At school, Eun’s teacher gave her a red scarf — the sign of a good kid in communist North Korea. Eun’s mother didn’t allow her to be involved in government-sponsored extracurricular activities, so Eun had never had the opportunity to receive this honor.

With the scarf around her neck, she ran home to tell her mom what had happened — but her mom wasn’t there. In fact, Eun waited all night for her mom, but she never arrived. When Eun got to school the following day, with an empty stomach, she found out the parents of 14 other students also hadn’t come home the night before.

Many people don’t remember that in the early 20th century, Pyongyang was known as the “Jerusalem of the East,” or that Christianity played a major role in the history of the Korean peninsula.

Even after communism began to overtake North Korea, Christianity’s influence was so prevalent that Kim Il Sung’s father was a Christian and his father-in-law a Presbyterian minister.

Today, I know brave Christians who smuggle Bibles disguised as phone books into the country. They risk their lives so others may have the opportunity to read the forbidden words of Jesus in their own language.

During this time of great political intrigue surrounding North Korea, we must not forget the country’s Christians. Countless thousands of them suffer daily for their faith.

Vernon Brewer is the CEO and founder of World Help, a Christian humanitarian organization committed to serving the physical and spiritual needs of people in impoverished communities around the world. Follow him @vernonbrewer.