Paul Batura: Why an Irish-Polish guy like me celebrates Hispanic Heritage Month every day of the year

Beginning as a week-long celebration in 1968 and expanded in 1988, Hispanic Heritage Month serves to celebrate Americans whose families have ancestral roots to Spain, Mexico, the Caribbean and Central and South America.

The official commemoration runs between Sept. 15 and Oct. 15 each year – a time frame derived from the fact that Costa Rica, El Salvador, Guatemala, Honduras and Nicaragua celebrate their independence each year on Sept. 15. Mexico, Chile and Belize likewise follow suit within the next week.

Growing up on suburban Long Island in the ‘70s and ‘80s, I don’t think I heard much, if anything, about the annual festival. At the time, our town of Baldwin was very white, and our family’s history was likewise.

At just 16, my mother’s great-grandmother came alone from Ireland. I always pictured her leaning over the rail of the ship, afraid but also gazing in awe and excitement at the New York City skyline, her red hair blowing in the salty, ocean air.

My father’s family emigrated from Poland. Tough, gruff and rough, my grandfather, a second-generation American, became a laborer and painter and lived in a German working-class neighborhood in Brooklyn.

Because of these familial backgrounds, our family saw legal immigration as a ladder to a better life. My parents spoke about those who “came over” in reverential terms. They talked about the discrimination they faced and how, by assimilating into the culture and practicing the tenets of their faith, they courageously overcame enormous obstacles.

So maybe it came as something of a surprise to me that when my wife and I began the application process for adopting our second child, the question of “race” caused me to pause and ponder, if only for a short while. After all, I was already from an “immigrant” family.

We were introduced to our first son’s birth mother through a friend of a friend. Beautiful Julianna could pass as my wife’s sister. If we didn’t mention adoption, nobody would have known by looking at our family of three.

But here we were filling out papers for a second adoption and the caseworker asked us if we were looking to adopt a Caucasian boy or girl – or were we open to an African-American or Hispanic child?

Being a father of children of different races is a regular reminder of something my parents taught us from the very beginning, specifically that no race is superior to another.

Years ago, many Caucasian families were reluctant to adopt non-white children for fear of sticking out or the child being targeted. Thankfully, times have changed, and cultural acceptance of mixed-race marriages coupled with international adoption has more or less “normalized” multi-race families who don’t all have the same skin tone.

We told the caseworker we’d welcome a “non-white” child, and in so many wonderful ways, life has never been the same since.

Will’s arrival not only expanded our family but also gave us a greater appreciation of Hispanic culture. We know only a little bit about his birth parents but were told they have Mexican and Spanish roots. 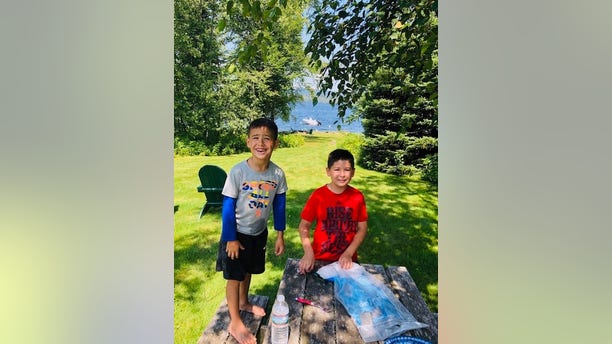 Being a father of children of different races is a regular reminder of something my parents taught us from the very beginning, specifically that no race is superior to another.  As the old Christian children’s song goes, “Jesus loves the little children, All the children of the world. Red, brown, yellow, Black and white, they are precious in His sight…”

It also opened my eyes to the fact we as a culture still have a long way to go. At a rest stop on the way home from visiting Julie’s parents shortly after receiving Will, a woman looked at my blond-haired wife and olive-skinned son and said snidely, “He’s obviously not yours, huh?”

Julie bit her tongue, smiled and said, yes, indeed, she was his mother and proud to be so.

It’s occurred to me that adoption has probably done more for race relations than any billion-dollar effort by the United Nations. That’s because at the core of racism is hatred borne of ignorance. And strong multi-race families demonstrate that you don’t fall in love with a “race” or skin pigmentation – you fall in love with a person and the millions of little things that make them who they are.

We’re looking forward to learning more about Will’s Hispanic heritage in the years to come. But not a day goes by that my wife and I don’t think about Will’s birth mother, a young Hispanic woman we’ve never met, but who carried him to term and bravely chose to make an adoption plan for him because she was unprepared to parent.

We are eternally grateful for her and celebrate her sacrifice and ancestry on a daily basis, not just one month out of the year.