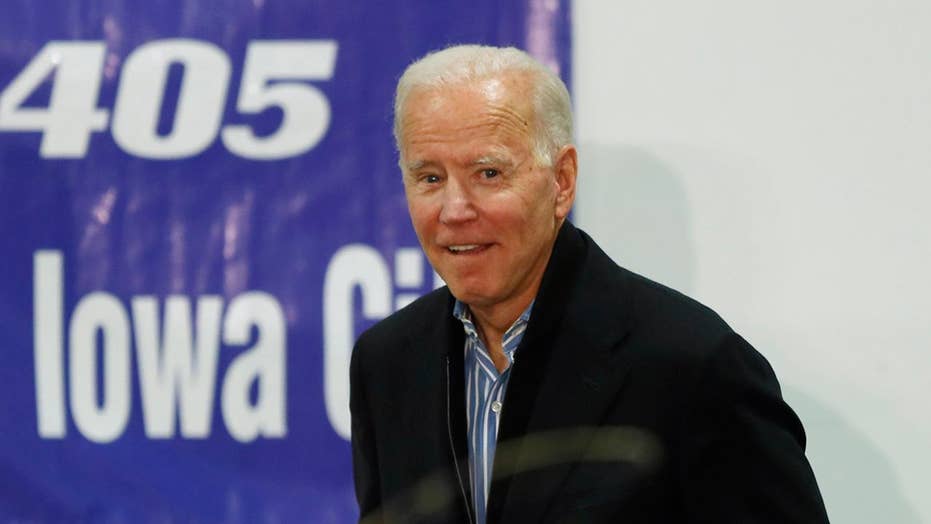 A summer of shaky debate performances morphed into an autumn dominated by his son’s lucrative business interests in Ukraine. A lackluster fundraising quarter led to broken promises on the role of outside money in politics. Yet through it all, former Vice President Joe Biden has maintained a steady general election lead over President Trump.

A new Fox News poll shows Biden beating Trump by a healthy 12 points among registered voters, a wider margin than a month ago and the widest margin of any Democrat in the field. All this as the national debate over Hunter Biden is guaranteed to keep churning as long as impeachment is afoot.

Much like the marquee Hillary Clinton versus Rudy Giuliani match-up prognosticators predicted in the fall of 2007, the odds of a Biden-Trump showdown are diminishing as the former vice president's path to the nomination gets murkier by the day.

Why? It’s not his advanced age or his son’s foreign business activities, although neither issue is without peril. It’s not his so-called “moderate” ideology, or the fact that his campaign is running on financial fumes.

Joe Biden has a Rudy Giuliani problem – and it’s got nothing to do with Ukraine.

First, take a step back. Since the day he launched his campaign in April, Biden has grounded his entire candidacy on electability, with a dash of throwback to the golden Obama years. He argues he is the best equipped to make Trump a one-term proposition. Never mind that much of the rest of the field also beats Trump in national polls, albeit by tighter margins.

Biden has also struggled to articulate a discernible reason to support him. Electability does not make for a compelling long-term message. It’s a process argument rather than a substantive one.

With voters, substance trumps process every time. It’s why Donald Trump is urging his GOP allies in impeachment to move on from their process arguments and defend him on the merits of what he did.

Move beyond the national numbers and the warning signs are flashing for Team Biden. He’s falling further behind in the first two states of Iowa and New Hampshire. A pair of polls showed him slipping to fourth place in Iowa amid a steady drumbeat of support for South Bend Mayor Pete Buttigieg.

In New Hampshire, considering the hometown advantage enjoyed by neighboring senators from Vermont and Massachusetts, the Granite State was always going to be an uphill climb for Biden.

Recent political history teaches us that it’s very difficult to win later primaries after losing the early ones. During the 2008 Republican primary, Rudy Giuliani enjoyed a wide national lead throughout most of 2007. He promised a national “50-state campaign” in the general election where places like New Jersey, New York and Connecticut could no longer be taken for granted in the Democratic column.

During the primaries, Giuliani wrote off the initial contests and placed all his chips on Florida. The rest of the field duked it out in the earlier states, notching wins and dominating media coverage. By the time the Sunshine State rolled around, Giuliani’s moment had passed, and he called it quits after a disappointing third-place finish.

Unlike the Giuliani example, it’s unclear just where Biden is planning to try and plant his flag. Yes, he’s ahead in Nevada and South Carolina right now, but those leads could evaporate after heavy early losses, especially if Sanders throws in the towel and his supporters move over to Warren.

Back then, Giuliani focused relentlessly on national security, reminding voters of his leadership bona fides from Sept. 11 to make the case that he was best equipped to become a wartime commander in chief. Giuliani’s message was so disciplined that one of the Democratic contenders quipped, “There's only three things he mentions in a sentence; a noun, a verb, and 9/11.”

It was Joe Biden who delivered that line a dozen years ago. Ironically, he could apply the same zinger to his own campaign today if he replaced "9/11" with "Barack Obama."

Neither reminiscing about the past nor electability arguments can compete with early-state momentum. With the Iowa caucuses less than three months away, that spells trouble for Joe Biden.