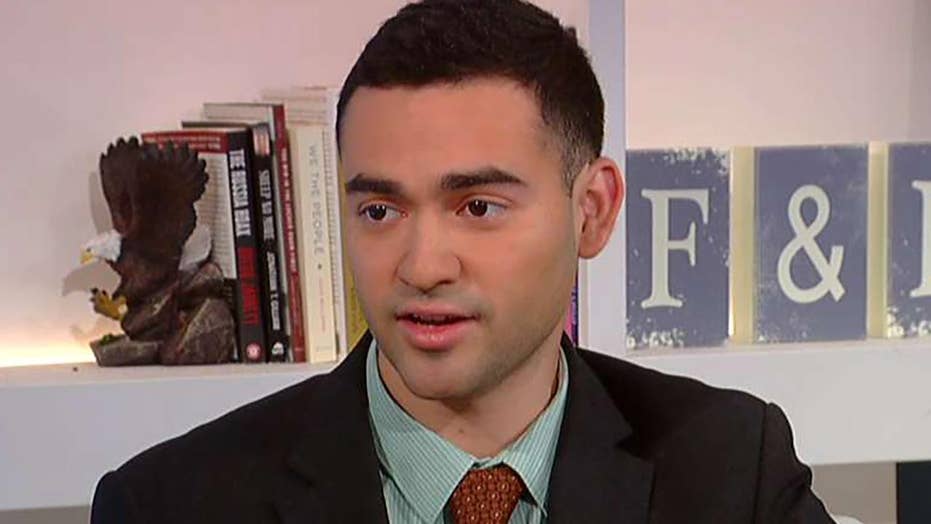 A Yale student is pushing back against the culture on campus, arguing Monday that students are only being exposed to one set of ideas.

"Students need to be exposed to ideas that are uncomfortable to them to become better leaders. Yale is becoming saturated by a particular ideology and, when you become saturated by one ideology, it can stunt your intellectual and emotional growth," said Esteban Elizondo, lamenting that climate protesters disrupted last weekend's Harvard-Yale football game.

The Yale senior and research assistant told "Fox & Friends" host Ainsley Earhardt that he believes the problems are not rooted with professors and faculty, but with the "non-academic bureaucracy that is suffocating the university with its leftist agendas."

Elizondo said the protesters who stormed onto the field last Saturday have an "unwarranted sense of moral superiority" and are being "empowered" by university leaders.

Writing in a New York Post op-ed, Elizondo agreed with the characterization of the protest as “the college-version of a toddler’s meltdown," adding he is "constantly stunned by the childish behavior of my peers, who are voting-age adults attending what is supposedly one of the most prestigious colleges in America."

"This sense of immunity from the real world could be heard at last Saturday’s protest, where some students shouted “My father is a lawyer!” to police officers trying to persuade them off the field. These protesters did not sound like people who have faced true hardship or even learned the basics of a proper argument. But then again, why would they? They were taught to avoid all that at Yale," he concluded in the piece.

CLICK HERE TO CHECK OUT THE FOX NEWS APP

Officials said 42 people were charged with disorderly conduct due to the protest, during which students and alumni from both schools occupied midfield during halftime. Some held signs demanding that Ivy League schools divest from the fossil fuel industry. Others had signs that raised issues about Puerto Rican debt and the treatment of the Uighurs of China.