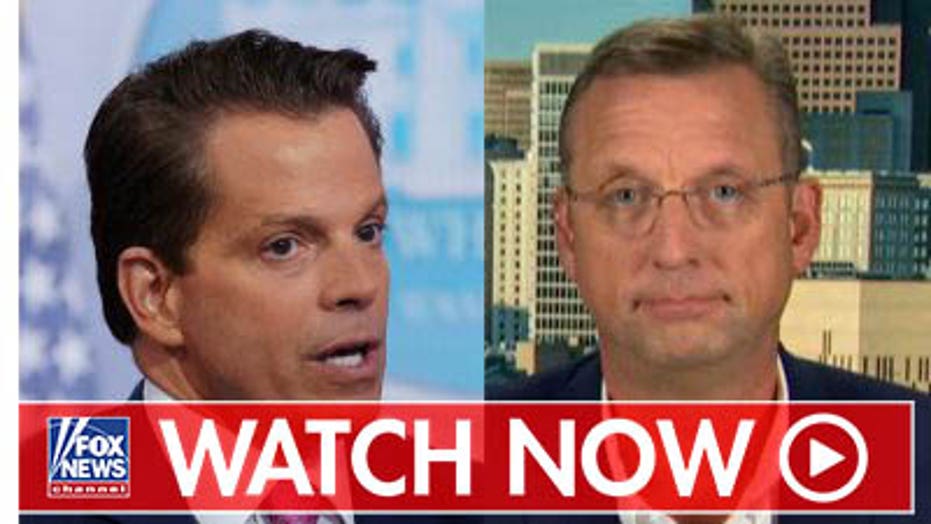 Appearing on "Your World" Tuesday, Collins claimed Scaramucci has become a distraction from bigger issues in Washington, including the USMCA trade agreement, which is purportedly being held up by House Speaker Nancy Pelosi, D-Calif.

"I think some people have had a little bit too much TV time and Scaramucci is one of them," Collins said after the ex-White House official fired a volley of critiques at President Trump during a recent interview.

"My concern is here -- let's continue this process of state your positions and move on. The president is very well-known that he makes his displeasure felt. He will tell you if he feels like he's being misportrayed," the Georgia Republican said.

"Folks going on TV and saying their position, let's be very frank -- it helps them get more air time as well."

Collins also claimed Pelosi is delaying a vote on the USMCA trade agreement, which Trump has heralded as a constructive replacement for NAFTA, and said that the president's feud with Scaramucci is distracting from the situation.

"What we need to focus on is what the president is trying to focus on," he said.

"Let's get a trade agreement with Canada and Mexico, which Speaker Pelosi is holding up," Collins said. Let's do what we're supposed to be doing and have bipartisan work on immigration and things that matter to everyday Americans."