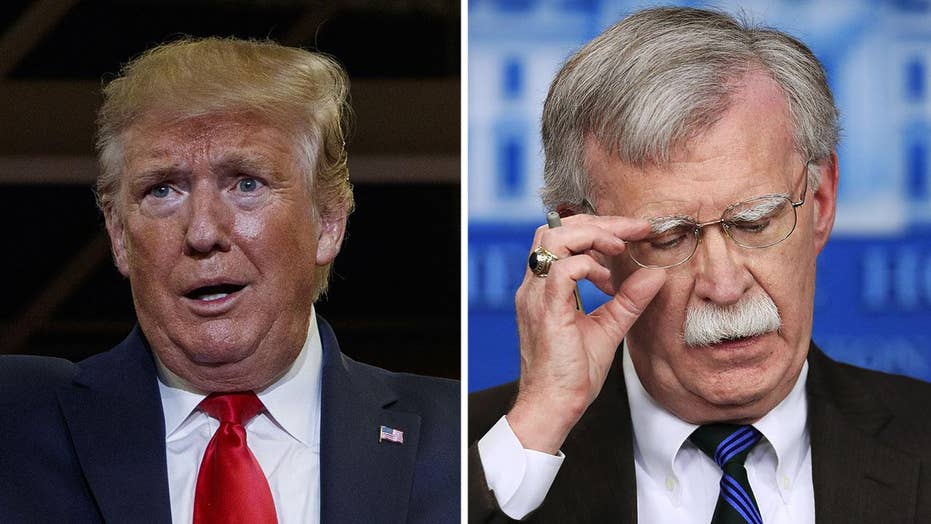 Feud over White House shake-up; reaction and analysis on 'The Five.'

"I don't know what happened, but I mean the guy's had a very good career very well-respected professional guy but it just didn't work out. It had been simmering for a long time," co-host Jesse Watters said.

President Trump announced Tuesday that he'd fired Bolton, saying he “disagreed strongly” with his suggestions on a range of issues. Bolton swiftly challenged Trump's version of events, saying he offered to resign.

Watters believes there were personality and ideology clashes and insinuated that Bolton might not "play well" with others in the administration.

"He didn't have a lot of allies," Watters said, referencing clashes with Secretary of State Mike Pompeo and Vice President Pence, among others.

Co-host Juan Williams was concerned with the number of vacancies in the administration, worrying that they may put "American in danger."

"I actually wouldn't be surprised to see John Bolton launch his candidacy for the presidency," Kennedy said.

"I know the man has a grand vision and I wouldn't be surprised at all."