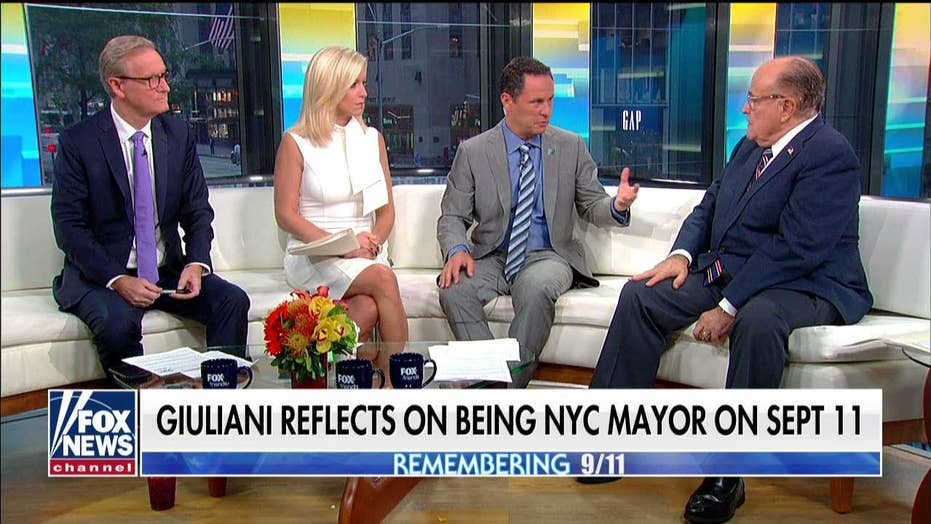 The former mayor of New York City, Rudy Giuliani, appeared on "Fox & Friends" Wednesday to commemorate the anniversary of the 9/11 terror attacks, and revealed what he said to then-President George W. Bush about mastermind Usama bin Laden.

"The anger was tremendous," he said. "When I saw President Bush for the first time and he got off the helicopter... he greeted the governor and came up to me... He says to me 'Rudy, what can I do?' I said when you get bin Laden let me kill him -- or I might have said execute him.

"I think I was thinking as a lawyer," Giuliani continued. "I thought there'd be capital punishment and I could try the case. I had done that for two Nazis. I only had two capital cases in my career and both of them were Nazis. One had killed 7,000 people. Another had killed 12,000 people --  [a] capital case is easy when it's like that."

Giuliani also shared the story of a senior citizen who allowed an elevator to go down without him because he felt younger people should go first as everyone rushed to escape the World Trade Center.

"I can give you 20 other stories like that," Giuliani said. "An elderly man -- people are getting on the elevator and he says, 'No, no, no.' He looks at them and he says to about 40 people on the elevator... 'No, I've already lived my life. You're all younger.' And he lets the elevator close and then the building blows."

He called 9/11 the "saddest and happiest" day because, despite the painful memories, it serves as a reminder of how united America can be.

"Every year I go there and see all the families and the names," Giuliani said. "It's the saddest day and it's the happiest day because there was so much bravery. America was at its best for weeks after. You go back and you say now, I wish we could recapture half of that."