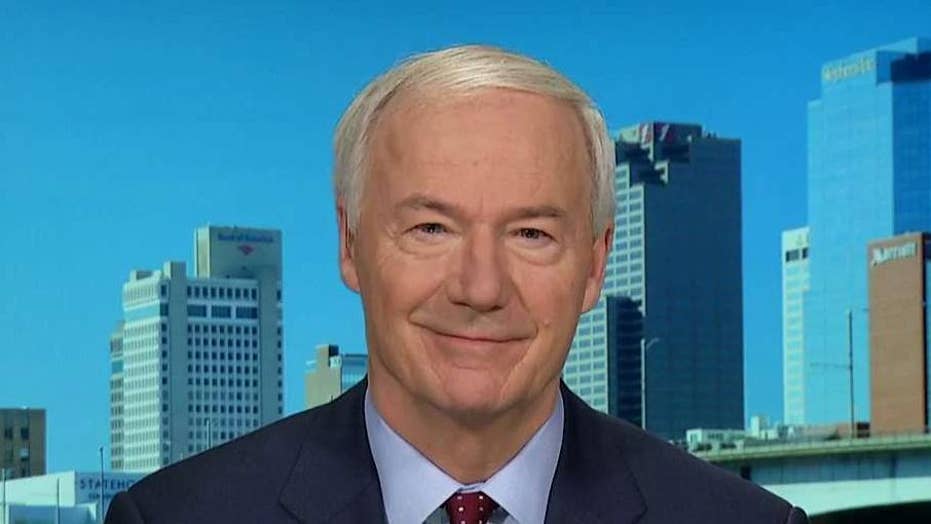 With President Trump's impeachment trial looming in the Senate, lawmakers and politicians on both sides of the aisle are calling for managers to follow the Constitution and keep to a fair and balanced approach.

Appearing on "Cavuto LIVE," Arkansas Republican Gov. Asa Hutchinson said he believes the trial under Senate Majority Leader Mitch McConnell, R-Ky., will be very similar to the one held for the Bill Clinton impeachment.

"The fallout in terms of our constitutional process is that we have to recognize this is a trial. It's not going to be the circus atmosphere it was in the House. It will be a lot more dignified and orderly because you have the chief justice presiding over it," the former Clinton impeachment manager said.

Hutchinson said that because the process will be more dignified, the American public will give the procedings in the Senate more credibility.

He told host Neil Cavuto that the Senate has set a "high bar" for impeachment, but there is a lot which has yet to unfold.

"And,what we learned from history is that our democracy is strong and our constitutional process works when you follow it closely," he said.

Appearing on the show immediately following Hutchinson, 2020 Democratic presidential candidate Sen. Michael Bennet told Cavuto that he believes the Senate has a "constitutional duty to fulfill."

The Colorado Democrat noted that while he thinks that "anybody could accuse anyone else of having an inherent bias," it's imperative that the Senate call witnesses and examine records.

"That's the best way we can assure that the American people can get to the bottom of the truth," he said.

Later on, Lousiana Republican Sen. Bill Cassidy urged the Senate to "keep a high threshold" in managing the impeachment trial and warned of those who will "[try] to distract from what is the crux of the issue."

"Now, there's going to be a lot of -- you know -- I call it monkey dust. People throwing dust around, trying to distract from what is the crux of the issue. If we look at the crux and remain focused on that crux, then we'll establish whether or not the president did something illegal or not," Cassidy said.

The trial will begin in earnest on Tuesday on two articles of impeachment against Trump: abuse of power; and obstruction of Congress. House impeachment managers, who will prosecute the case against Trump, were practicing their arguments this weekend. Lawyers for both sides were filing initial briefings and pleadings in the case on Saturday.

“President Trump has done nothing wrong and is confident that this team will defend him, the voters, and our democracy from this baseless, illegitimate impeachment,” White House Press Secretary Stephanie Grisham said in a statement. “The Articles of Impeachment House Democrats have adopted threaten grave and lasting damage to our institutions and to our Nation. The President looks forward to the end of this partisan and unconstitutional impeachment."

The president's legal team is set to submit his reply to the articles of impeachment later today.