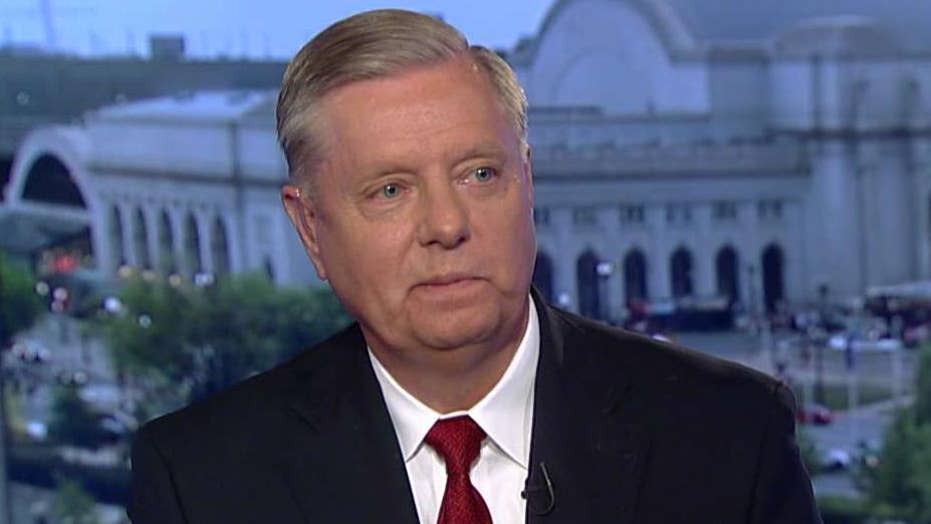 Sen. Lindsey Graham on the departure of John Bolton as national security adviser

"Keith Kellogg. He’s a retired general – competent, capable, confident, has the president’s trust. I like him a lot. Brian Hook is a dynamic young man working in the State Department, as part of the Iran team in the State Department close to Pompeo," Graham told Baier. "You’ve got Rick Waddell, who worked for McMaster, that knows the ins and outs of the National Security Council and the way it meets."

President Trump announced Bolton had left the administration on Tuesday, saying he “disagreed strongly” with his suggestions on a range of issues. Bolton disputed Trump's version of events, saying he resigned, and was not fired.

Graham pointed out that "a knock on John Bolton is the interagency process kind of died on his watch."

The senator hoped his successor could remedy Bolton's deficiencie,s and that others are being considered for the post.

"Those are three names that the president mentioned to me. There are others on the list. But what we are looking for? Somebody that can work with Pompeo, can work with the Department of Defense, that can get the interagency back – stood back up," Graham said.

Graham dismissed the back-and-forth over whether Bolton was fired or resigned.

"So did he fire him or did Bolton resign? I don't know and I don't think it really matters at the end of the day, "Graham said. "I liked John Bolton; he served honorably. And this president lost trust and faith in John Bolton."