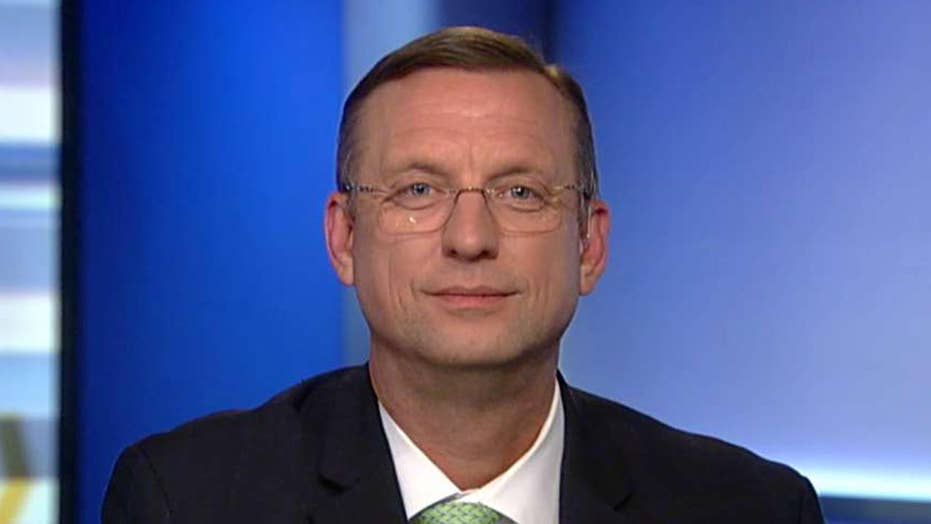 House Judiciary Committee ranking member Doug Collins, R-Ga., says he has tried in vain to get an idea of how the panel will proceed in the impeachment process -- but claims the committee's Democratic chairman won't keep him informed.

In fact, Collins told Laura Ingraham Thursday on "The Ingraham Angle" that Chairman Jerrold Nadler, D-N.Y., even hung up on him when he called Nadler to get information.

"He never gets back to me," Collins said. "I'm trying to get a definition of what's going on -- 'Don't worry Doug, we'll talk to you.' Just the other day as I was trying to get information from him, he just gets tired of talking to me and just hangs up."

MAN WHO CONFRONTED BIDEN OVER UKRAINE REBUFFS HECKLER: 'STICK IT UP YOUR A--'

The North Georgia lawmaker said Nadler's alleged action is a symptom of the larger issue in the committee.

"They are so lost and so scared that they are going to lose this moment to get at this president," he said, calling the legislative panel a "farce."

Collins said one of the other senior Republicans on the committee, Rep. James Sensenbrenner of Wisconsin, has requested per committee rules a hearing for the GOP minority to call their own witnesses.

The response from Nadler or his fellow Democrats has thus far been unclear, Collins said.

"They don't want the truth to come out," he remarked, adding that House Speaker Nancy Pelosi reportedly questioned Republicans' understanding of their oaths of office in regard to impeaching President Trump.

"It's not [used] to persecute a president that started in November 2016 in Brooklyn with tears flowing down your face because your candidate lost," he said, referring to Hillary Clinton's supporters at the candidate's New York City headquarters.

"The American people deserve better than this."

He added that when the results of the House Intelligence Committee's part of the impeachment investigation are presented next week, it will be an example of Nadler "trying to make chicken salad out of chicken Schiff."