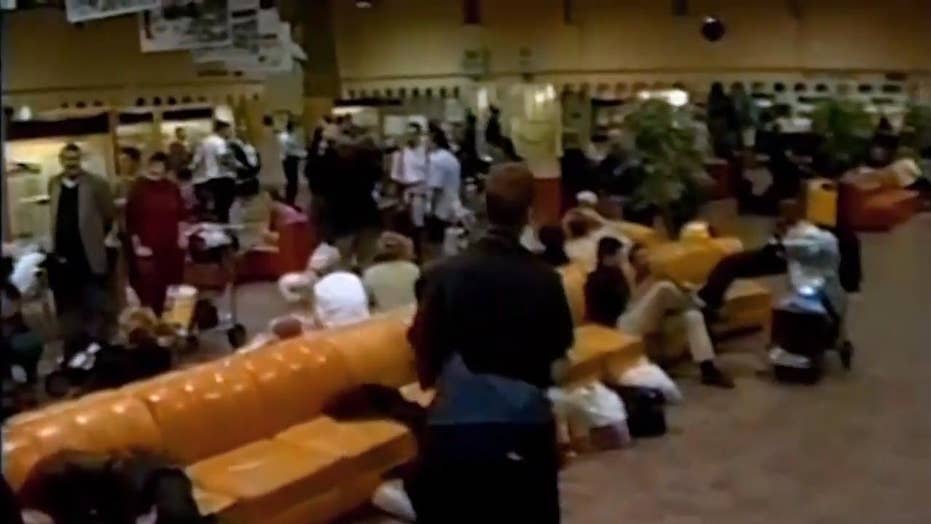 Inspirational 9/11 story of the tiny openhearted town that sheltered 7,000: ‘They engaged in the suffering of all of us'

"We landed in a town of 9,000.  They took in 7,000 of us from 90 countries for 9 days...It was more than kindness.  They were all about compassion.  They engaged in the suffering of all of us," remembered Kevin Tuerff, who was one of the thousands of passengers, whose flight was diverted on September 11, 2001, to an airport outside tiny Gander, Newfoundland.

Tuerff and former American Airlines pilot Beverly Bass joined Fox and Friends, nearly 18 years after the terrorist attacks at the World Trade Center, the Pentagon and Shanksville, Pennsylvania changed America and the world forever.  On that day, the United States shut down its airspace for the first time in history and 38 commercial aircraft were forced to land in one small Canadian town.

Beverly Bass, the first female captain at American Airlines, was at the helm of Flight 49, going from Paris to Dallas-Fort Worth, when she was ordered to change her flight path.  The story of Bass and the hundreds of people on her plane inspired the Tony-award winning musical "Come From Away" that is now playing around the world from Broadway to Melbourne, Australia.

The new Fox Nation documentary, "Runway of Hope: A 9/11 Story", re-examines everything that happened during those 5 days in September 2001, including new interviews and rare photos and home-videos from the stranded passengers, pilots, and crew.

In the documentary, Bass recalled receiving the first terrifying reports of a terrorist attack in New York York and how she decided to pass on that information to the passengers.

"We were ordered to land immediately in Gander, Newfoundland.  And as airline pilots, we don’t normally get orders...I had made up my mind that I wanted to tell the truth, but I didn't want to tell too much, because I didn’t want to cause havoc in the back of the airplane," said Bass.

On the ground in Gander, things were moving fast, as the town authorities quickly realized the scope of the emergency.

Don O’Brien, Air Traffic Controller, NAV Canada remembered, “We quickly rushed in like we had a real crisis on our hands.  And it was happening now, not tomorrow, not 6 or 7 hours away. But now.” 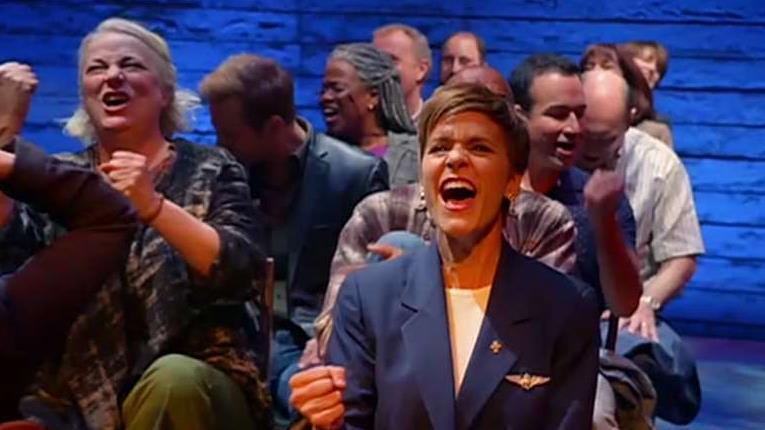 "The first thing I did as Mayor was declare a state of emergency.  And by declaring a state of emergency it gave me access to everything in town – realizing that we only have 500 hotel rooms and we got 7,000 people," recounted former Mayor of Gander, Claude Elliott.

Gander is located on the island of Newfoundland, which lies in the Atlantic Ocean northeast of Maine and Novia Scotia.  The town and airport were built by the U.S. military during World War II as a waystation for planes flying to Europe.

Bass said, "There had been that many planes in Gander at one time, but it was during World War II, and they were all smaller airplanes.  So never ever in the history of Gander had their been 38 wide-body jumbo jets landing in a three-hour time frame.”

After landing the aircraft, the most pressing challenge for the locals was caring for the 7,000 souls that literally fell into their laps, and that was when the real beauty of this true story is revealed.

Longtime Gander resident, Beujah Cooper, recalled, “When I heard that there was a planeload coming in, the first thing I said was ‘Thank God they are coming here, because I know that they will be looked after.'”

"We contacted every church, every organization, every school.  ‘How many can you take?’  And that’s when we started to put the plan in place and started transporting people," said former Mayor Elliott.

The then-exhausted and uncertain pilot, Beverly Bass, who just landed in a town that no-one had ever heard of, remembered,  “We walked into the terminal… And it was lined with tables and tables of cooked food. It told me that every stove in Gander had been turned on all night long, because they made enough food to feed 7,000 passengers and they only have a population of 9,400.”

To see the entire inspiring true story of Gander, including what happened when some American passengers were told after 5 days that they could leave Gander, but they couldn't immediately return to the United States, go to Fox Nation and watch "Runway of Hope: The 9/11 Story".