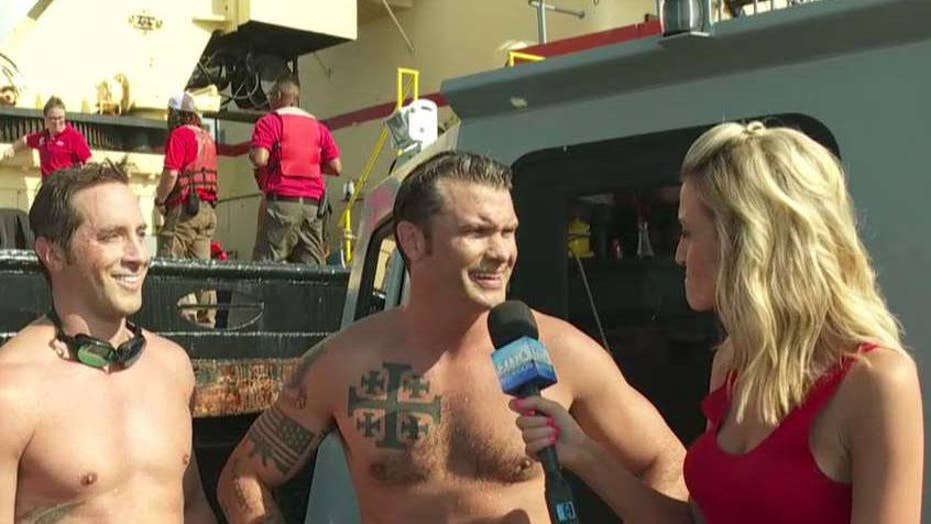 Event in support of GI Go Funds' efforts to assist military veterans and their loved ones.

Fox News host and Army veteran Pete Hegseth gave viewers a glimpse into the camaraderie that he and others shared as they swam across the Hudson in support of military vets and their families.

"Fox & Friends" caught up with him during the "Navy SEAL Hudson River Swim and Run" on Saturday. The event, hosted by the GI Go fund, was the first-ever legally sanctioned swim across the Hudson River.

According to the event site, SEALs were scheduled to "make stops at the Statue of Liberty and Ellis Island before arriving in Battery Park."

NAVY SEALS TO SWIM ACROSS THE HUDSON RIVER TO SUPPORT VETERANS

"At each stop, SEALs will perform pushups and pullups to honor America’s liberties, diversity, and those who have fought to preserve them," the website read. "Upon their arrival at Battery Park, the SEALs will run towards One World Trade Center and end their journey at the America’s Response Monument."

Hegseth said that he wanted to participate because of the admiration he had for servicemembers.

"Well, I'm in awe of these guys and what they do and how many of them left it all on the battlefield," he said.

He added that the risk he took of jumping in the Hudson was "nothing" compared to the risks that servicemembers took.

"To get to do this on a beautiful day in New York City, it's an honor and a blessing," he said.

One of the SEALs described the brotherhood he shared with other servicemembers at the event.