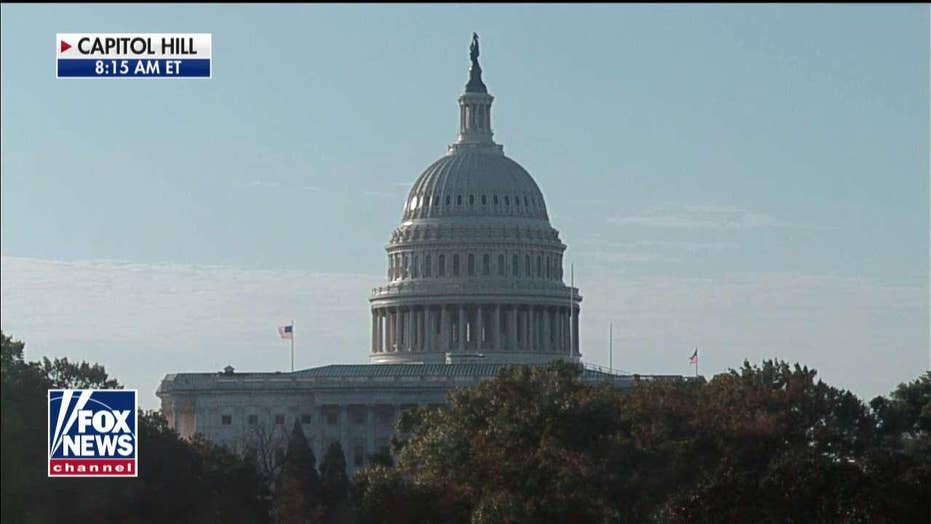 Rep. Jim Jordan: Adam Schiff may be called as a witness in Trump impeachment inquiry

Jordan, currently the ranking member on the House Oversight Committee, appeared on "Fox & Friends" to discuss the possibility of being moved onto the Intelligence Committee so he can grill the California Democrat on what he knew and when he knew it.

"That's Leader [Kevin] McCarthy's call. If [he] and ranking member [Devin] Nunes wants that to happen -- I just want to help our team," Jordan said. "I want to help the country see the truth here, that President Trump didn't do anything wrong. And what the Democrats are doing is partisan, it's unfair and frankly, it's ridiculous."

"One of the ways you determine someone's credibility... they need to be under oath," he added. "Remember when this first happened, Adam Schiff said we need to hear from the whistleblower. And then, six weeks later he says, no, no, no we don't. One thing happened in that six-week time frame -- namely, we learned Adam Schiff's staff had met with the whistleblower. Once that fact came out, they suddenly changed their story."

Jordan claimed the political bias in this case is overwhelming and should provoke tough questions from his congressional colleagues. He also said it would be unacceptable for the whistleblower to submit his answers in writing without appearing in person.

"He needs to come in," he said. "You want to be able to look this individual in the eye, ask them questions and see how they respond in the moment."

The whistleblower is unlikely to testify, however, as Schiff remains in control of the process, Jordan said.

"It's still a sham process," he said. "Adam Schiff is still in control. He gets to decide the witnesses. ... We have to provide a witness list, but Adam Schiff decides if they get to come or not."