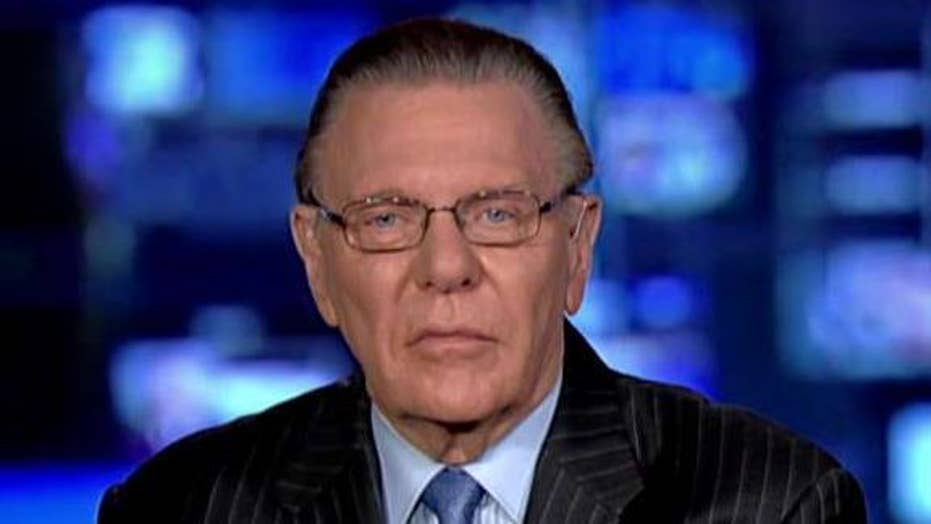 Fox News senior strategic analyst Gen. Jack Keane said he was “disappointed” by CNN’s report that the CIA had pulled a high-level spy out of Russia due to President Trump’s “mishandling” of classified intelligence

Keane said that to have an “asset” buried “so deep inside the Kremlin” reporting to the CIA is “great intelligence work,” though when it gets compromised, it’s very “unfortunate.”

“It’s unfortunate that we’re having to deal with this issue, in my judgment,” Keane said.

The White House on Tuesday rebuked CNN for the disputed report, saying it was wrong and could put lives at risk.

"CNN's reporting is not only incorrect, it has the potential to put lives in danger,” Press Secretary Stephanie Grisham said in a statement.

CNN is standing by its reporting that the U.S. pulled its source from Russia in 2017, in part out of concern that the Trump administration had "repeatedly mishandled classified intelligence and could contribute to exposing the covert source as a spy."

However, both the White House and the CIA slammed the reporting, with the latter calling the reporting "misguided" and "simply false."

“The danger to this asset and his family is very severe, given Putin’s retaliatory measures

The New York Times published a piece largely contradicting CNN's story. According to The Times, CIA officials "made the arduous decision in late 2016 to offer to extract the source from Russia" -- weeks before Trump took office.