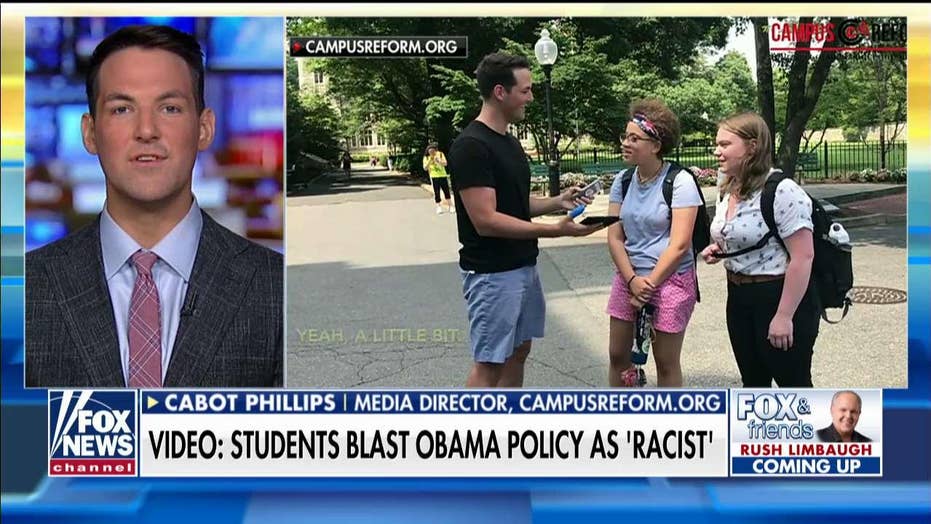 Students blast Obama quote from 2014 on deportation of criminal aliens

In 2014, Obama touted his administration's deportation policy in an immigration address from the White House.

"We are a nation of laws. Undocumented workers broke our immigration laws, and I believe that they must be held accountable, especially those who may be dangerous. That’s why over the past six years deportations of criminals are up 80 percent, and that’s why we’re going to keep focusing on threats to our security," Obama said.

Phillips recently traveled to Georgetown University, where he read the quote to students, who quickly criticized it and assumed it came from Trump.

“I think that policy comes from a place of white American nationalism,” one student responded.

Another student blasted Trump for "embracing this rhetoric of racism and xenophobia that’s not beneficial to our country at all.”

When told the quote was actually from Obama, the students were surprised. One woman insisted that the way Trump is deporting criminal aliens is a practice of "white nationalism."

Phillips said his takeaway was that young people have become "radicalized" on the issue of illegal immigration, arguing that the deportation of criminals is something that was generally agreed upon when Obama was in office.

"I think you could attribute a Mother Teresa quote to Donald Trump and many college students would say that's evil and that's coming from a place of hatred," he said.