Barstool Sports founder Dave Portnoy, known by fans as “El Presidente,” has challenged Rep. Alexandria Ocasio-Cortez, D-N.Y., to a debate over unions after the outspoken media mogul caused a stir on Twitter.

It all started Monday when Portnoy tweeted a series of anti-union messages, which included a link to a 2015 blog he posted declaring that he dared his own staffers to unionize so he could “smash their little union to smithereens.”

A Live Science writer named Rafi Letzter responded that he would help Barstool staffers with the unionization process and promised to explain “how little power your boss has to stop” employees from doing so. But Portnoy snapped back that he would fire anyone on his staff "on the spot" who contacts Letzter. 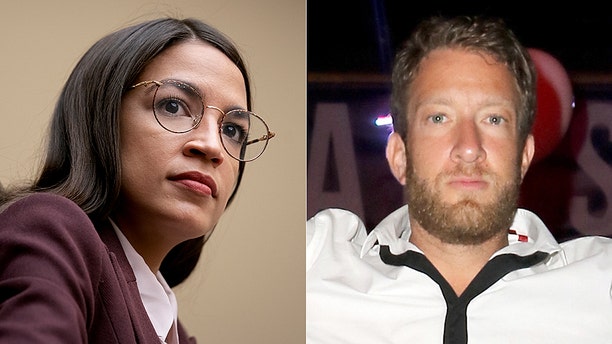 It’s unclear if Portnoy, who often pokes fun at serious topics, was being sincere or joking for the sake of digital content.

Serious or not, Ocasio-Cortez then chimed in, telling her followers that Portnoy could face legal action.

“If you’re a boss tweeting firing threats to employees trying to unionize, you are likely breaking the law & can be sued, in your words, ‘on the spot,’” Ocasio-Cortez wrote. “ALL workers in the US have the protected freedom to organize for better conditions.”

The fiery Barstool founder then responded that he’d like to debate the progressive freshman congresswomen.

Ocasio-Cortez’s office did not immediately respond when asked if she’ll debate Portnoy.

Portnoy started Barstool as a “gambling and sports” newspaper he distributed around Boston in 2003 and things exploded from there. He sold a majority stake of Barstool to The Chernin Group in early 2016, moving the company’s headquarters from Boston to New York City in the process. Portnoy stuck around to oversee content and hired Erika Nardini as the company's first CEO.

Since then, Barstool has added over 130 employees and partnered with social media brands like Snapchat and Facebook. The company’s podcasts bring in 25 million live streams per month and, overall, over 1 billion minutes of Barstool content is consumed annually.

“The evaluation when Chernin invested the first time was $12.5 million, it’s been revalued at $100 million,” Portnoy told Fox News earlier this year. “There has been explosive growth… far exceeding what the initial expectations were.”