One woman was left “horrified” to receive a body-shaming promotional email from a Connecticut location of Anytime Fitness gym. The offensive note urged former customers to "pinch" and "grab" any "excess" fat on their body, in an ill-fated attempt to motivate the reader for the summer swim season.

Mora Reinka took to Twitter earlier this week to share the memo she received from the nationally franchised gym, in a post that has since been liked 1,300 times and sparked over 260 comments.

“Mora, I need you to do me a favor,” the email, titled “Be comfortable in your skin this summer,” began. “Think about the warm days of summer ahead. Warm summer night breezes. Lake or beach time,” the message continued, mentioning time well spent with family or children, likely while wearing “shorts, bathing suits, flip flops.”

“And LOTS of pictures of you that will be posted online forever. LOTS of sucking in, side turns, skinny arm posts, and God forbid, a side [picture] while sitting down,” it went on. 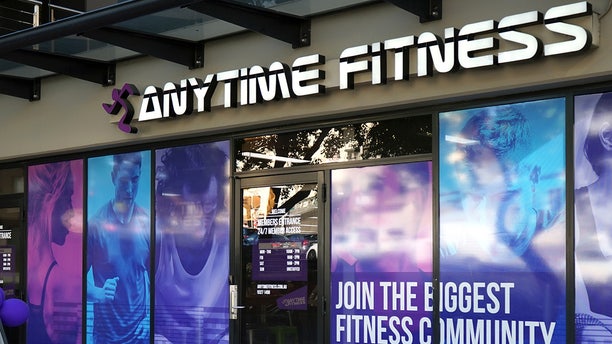 One woman was left “horrified” to receive a body-shaming promotional email from a Connecticut location of Anytime Fitness gym. (iStock)

“Do me a second favor: Take your hand, and grab the excess you have on your waist (front/back/sides). Can you pinch it? Or can you grab it?” the email continued. “Well, I want to call it what it is… FAT.”

According to Yahoo Lifestyle, the note was sent to the woman from the owner of the gym’s Manchester location. Reinka revealed on Twitter that she had belonged to Anytime Fitness two years ago — though she likely won’t be back anytime soon.

“I...am horrified by this promotional email from Anytime Fitness. I just don’t even know where to begin,” Reinka wrote.

Commenters echoed her horror at the “heartbreaking” note and its mean-spirited intentions.

“Be comfortable in your skin this summer” seems completely at odds with the rest of the text here,” one Twitter user pointed out.

“Only if you’re conventionally thin and fit (that part is silent),” another offered.

“It's like an eating disorder sent out an email,” another said.

When contacted for comment, a spokesperson for Anytime Fitness told Fox News that the company was “appalled” by the “insensitive” email,” which was circulated to several former members of the gym’s Manchester location in hopes of inspiring them to rejoin.

“We are appalled by the message that an Anytime Fitness franchisee sent to several former members of his gym. The message was the polar opposite of how we coach our franchisees to communicate with the public,” Mark Daly, national media director of Anytime Fitness, told Fox News on June 14.

“We’re proud of the fact that Anytime Fitness has rightly earned a reputation as a gym that supports and encourages its members.  The owners and staff at thousands of Anytime gyms worldwide genuinely care about the well-being of their members and strive to assist them in improving their quality of life,” Daly continued.

“This particular franchisee thought he was being clever in motivating former members to re-join his gym. He was wrong. He was insensitive,” he said. “We told him so, in no uncertain terms, and he apologized – promising not to repeat his errors.”

“Our corporate staff spent much of the day yesterday apologizing to those who were offended by the franchisee’s message.  I imagine we will continue to do the same today,” Daly concluded of the backlash.