One fearless Indiana teenager has become an overnight sensation after his one-of-a-kind senior year portraits – featuring the young man posing in a field in only a bathrobe – went viral. Nevertheless, the 17-year-old’s mother is reportedly “very unhappy” with the images and plans to have her son take some more “mom-appropriate” shots in the near future.

Photographer Tiffany Clark didn’t expect anything out of the ordinary while recently preparing her cousin, high schooler Evan Dennison, for his close-up, Today reports. Though the Portage teen arrived at the field for his special senior year photo shoot with a backpack filled with clothes “handpicked by his mom,” the youngster had a more intimate vision for the portrait session.

"I knew exactly what I was doing," Dennison remembered, eschewing the standard button-down and pants his mom sent along. Confident his next move would make him a “legend,” the jokester instead informed Clark that he’d be wearing a navy bathrobe for the pictures. 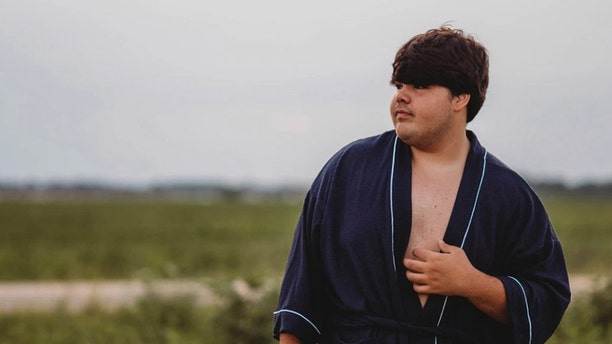 Photographer Tiffany Clark didn’t expect anything out of the ordinary while recently preparing her cousin, high schooler Evan Dennison, pictured, for his close-up. (Courtesy of Chaos and Clark Photography ​​​​​​​)

TEEN WEARS MOM'S WEDDING DRESS TO PROM, STEALS SHOW AT BIG DANCE: 'IT WAS DIFFERENT FROM THE REST'

"He's stubborn. He absolutely refused to do anything except for in his bathrobe. I didn't want to do it, and I couldn't stop laughing," Clark continued. "When I get home, I had like 95 pictures of him in his bathrobe doing weird stuff."

On Sunday, she shared silly shots to the Facebook page for her professional photography business — though she never expected them to go as far as they did.

In the series of pictures, Dennison lounges, smiles and frolics in the bathrobe, in a post that has since been liked over 224,000 times, sparking over 113,000 shares and nearly 40,000 comments. 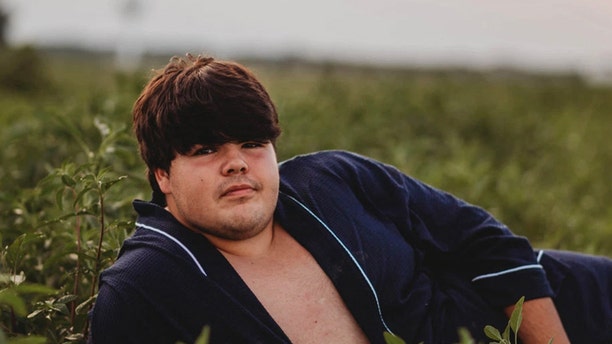 "He's stubborn. He absolutely refused to do anything except for in his bathrobe. I didn't want to do it, and I couldn't stop laughing," the photographer said of her subject. (Courtesy of Chaos and Clark Photography )

Fans agreed that the teen would surely cherish the “priceless” senior pictures for a lifetime.

“Be your own person! Love this!” one commenter cried.

“This kid is awesome,” another agreed. 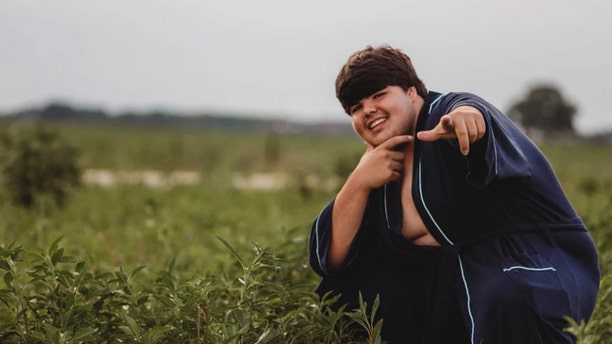 “Be your own person! Love this!” one commenter cried. (Courtesy of Chaos and Clark Photography ​​​​​​​)

Despite all the hype, one all-important family member is skeptical of the final product — Dennison’s mother, Heather Waters.

“My initial reaction was, ‘Oh my gosh, I can’t believe he really did that,’ Waters told the Chicago Tribune. “My second thought was, is this going to affect him getting into college?”

While the parent has reportedly warmed up to the funny photos, Clark says that she and Dennison promised Waters that they’d take more pictures in some more "mom-appropriate" apparel, Today reports.

The do-over photo will eventually be displayed in a "really, really large" frame in their living room.

"She loves that everyone loves them and that they reflect my personality so well, but she's still very unhappy with them as my senior photos," Dennison, a rising senior at Portage High School said.

In a larger sense, the teen says that he doesn’t regret his one-of-a-kind photo shoot, which has won him praise a “legend” from his friends and strangers alike.

"I'll be honest with you, I considered myself a legend before I did this," he mused. “This just took it to the next level."