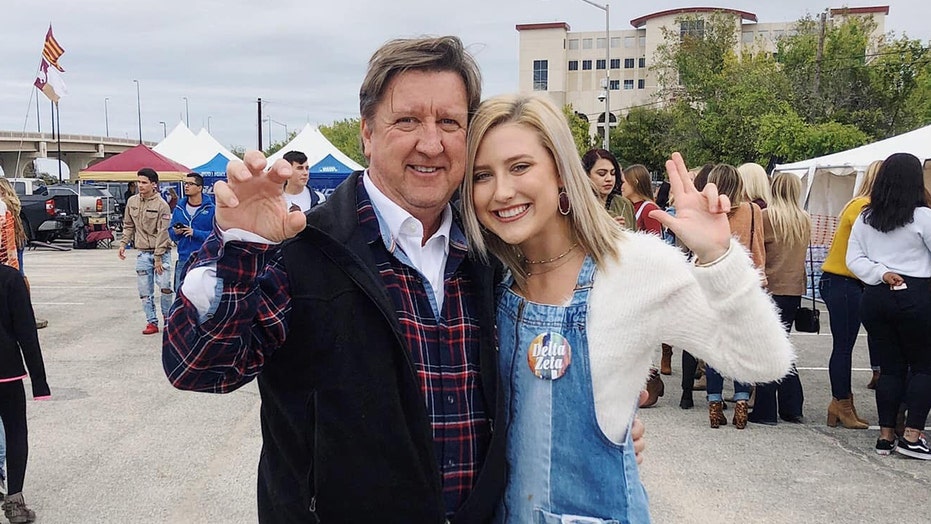 A single father had no idea that asking his 19-year-old daughter for fashion advice was going to change his life.

Carli Saville shared the images that her father, Jeff, sent her of different possible outfits for him to wear on a date — and asking for advice. The adorable exchange quickly caught social media’s attention, making the sharped-dressed man a viral star.

Saville posted the images to her Twitter with the caption, “Life with a single dad, asking for advice on date outfits,” which was followed up by several laughing emojis. The photos also show the text exchange between the two. Jeff tries on two different shirts and tries them out both tucked and untucked.

Jeff initially wasn’t aware of his newfound fame, Yahoo Lifestyle reports. According to Carli, her father was stood up on his date.

“I didn’t want him to be sad and mad in the same night, I thought he might be embarrassed and a little upset but he took it lightly,” Carli told Yahoo Lifestyle. “He was excited watching the tweet get more and more attention.”

Despite being stood up, it looks like this story will have a happy ending for Jeff, who didn’t even have a Twitter account until the photos went viral. “I’m being asked out a lot,” he told Yahoo Lifestyle. “It’s unusual. It’s fun. It’s amazing. I don’t know what to say.”

Meanwhile, his daughter is happy for him and hopes that all of this attention will have a positive outcome. “I hope it brings him a soulmate and someone that can bring him happiness for a lifetime,” she told Yahoo Lifestyle. “He deserves it more than anyone I know.”