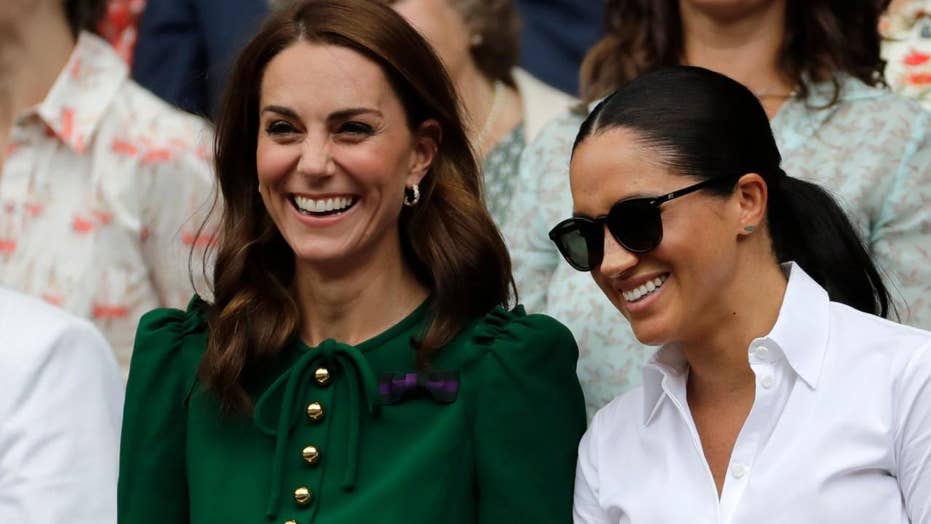 The Duchess of Sussex has seemingly ditched her “signature” messy bun hairstyle, but one haircare professional argues that it’s for a reason many new moms can relate to.

On Sunday, the former actress hit the red carpet – her first as a royal – for the London premiere of "The Lion King," with her dark hair swept in a sleek ballerina bun. As noted by the Daily Mail, the look marked the fourth time in two months that the duchess has sported slicked-back hairstyles in public since welcoming baby Archie in May.

A far cry away from her old loose locks, celebrity hairstylist James Johnson claims that the new mom may be dealing with postpartum hair loss — as the style makes for an easy solution.

Prince Harry, Duke of Sussex and Meghan, Duchess of Sussex ride by carriage down the Mall during Trooping The Colour, the Queen's annual birthday parade, on June 8, 2019 in London, England. (Photo by Samir Hussein/Samir Hussein/WireImage)

“When you're pregnant your hair cycle stops so you don't shed any hair, so when you give birth, all the hair you should have lost in the nine months falls out over a quick period,” Johnson said.

An official christening photo released by the Duke and Duchess of Sussex on Saturday, July 6, 2019, showing Britain's Prince Harry, right and Meghan, the Duchess of Sussex with their son Archie Harrison Mountbatten-Windsor at Windsor Castle with with the Rose Garden in the background, in Windsor, England. (Chris Allerton/SussexRoyal via AP)

According to the American Academy of Dermatology, many women deal with “excessive hair shedding” after pregnancy due to falling estrogen levels. The phenomenon usually peaks four months after giving birth and mothers’ hair growth patterns typically return to normal around the child’s first birthday.

Kate, Duchess of Cambridge and Meghan, Duchess of Sussex, right, stand together during the women's singles final match on day twelve of the Wimbledon Tennis Championships in London, on July 13, 2019. (AP Photo/Ben Curtis)

Whether Duchess Meghan is managing postpartum hair loss or is just keeping her routine simple, she’s long approached beauty with an effortless ethos.

“When I get ready to go out, it's half hour and we're out of the door. I don't want to waste time getting ready: I want to go and have fun,” the California native told Esquire in 2013.