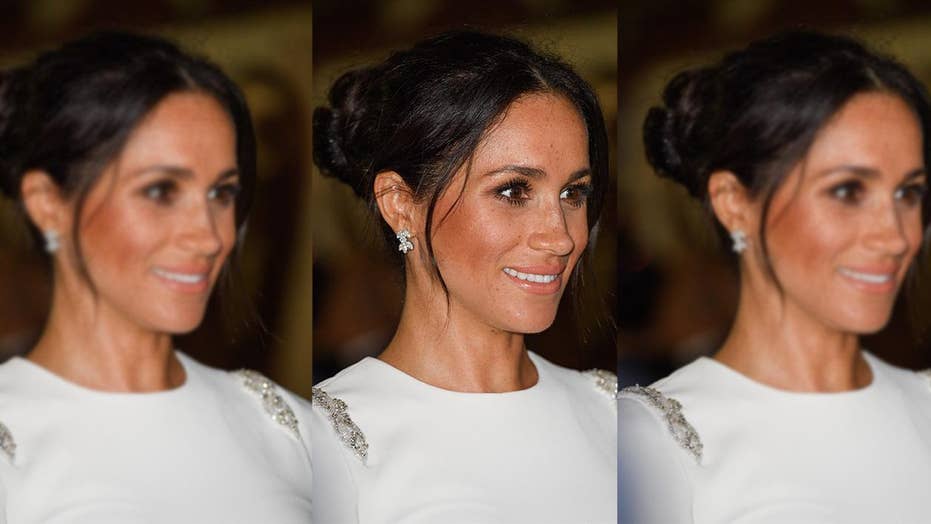 A Malibu-based celebrity stylist details how to get the look fit for a princess.

Real-life royal Meghan Markle has officially made the messy bun hairstyle one fit for a princess, sporting the go-to ‘do time and time again since marrying into the British monarchy last spring.

Though some fashion insiders describe Markle as a royal style rebel, the former actress once revealed – long before she became the Duchess of Sussex – that she most enjoys approaching style and beauty with an effortless ethos.

The former actress has sported the go-to ‘do time and time again since marrying into the British monarchy last spring. (Getty Images)

“When I get ready to go out, it's half hour and we're out of the door. I don't want to waste time getting ready: I want to go and have fun,” the California native told Esquire in 2013.

To that end, L’Oréal Paris Celebrity Hairstylist Jonathan Colombini told Fox News Lifestyle just how to recreate Markle’s signature messy bun from the comfort of your own home.

“When I get ready to go out, it's half hour and we're out of the door. I don't want to waste time getting ready: I want to go and have fun,” the California native once said. (Getty Images)

“This is always one of my favorite hairstyles. In the 18 years I’ve been doing hair, this look remains timeless. I’ve seen it repeated numerous times over the years,” Colombini dished. “It’s a great go-to for red carpet or a casual dinner with girlfriends.”

Surprisingly, he claims that just-washed hair is not the ideal canvas for the style.

As inspired by Markle, the bun can be coiffed as a high, middle, low or slightly sideways style — the royal has rocked them all. (Getty Images)

“To achieve this look it’s always best on day-old hair. If the hair is clean, prep the hair with a great texture or dry shampoo to create grit,” Colombini detailed, suggesting to prep with R Mohla & Co's Outer Space Flexible Hairspray.

“It’s meant to be effortless, yet chic. Whenever I create this look, I like to have the back twisted part fairly structured and the front to be a bit more lived in.

“To begin, section out about an inch of your hairline from the center to just above the ear. Then, loosely pull back the hair (excluding the hairline) and either twist the ends into a French twist or chignon,” he said.

As inspired by Markle, the bun can be coiffed as a high, middle, low or slightly sideways style near the nape of the neck – the royal has rocked them all.

After clipping the twist in place – like with Conair’s classic bobby pins – Colombini advised moving to work on the rest of the tresses.

“With the hairline that was left out, you can add a curl with a one-inch barrel iron – like the T3 Body Waver. Either a center part or side part would work,” the hair pro continued. “Let the bits of your hairline fall naturally or you can tuck behind the ear.”

Voila! A chic, sleek look that even the Queen would surely approve of.

“Get the Look,” Fox News Lifestyle’s Style + Beauty series, highlights tips and tricks for how to copy A-list looks for less.