Talk about a close call.

A British teen narrowly avoided losing the vision in one of her eyes after a classmate threw a pencil in her direction, the lead from which reportedly landed just millimeters away from her retina, according to a report published in the medical journal BMJ Case Reports, as cited by the Daily Mail.

The 13-year-old from Manchester, who was not identified in the report, apparently didn’t feel the lead as it lodged itself into the sclera, the white part of the eye. In fact, she was unaware it was there until a friend pointed it out, she said. 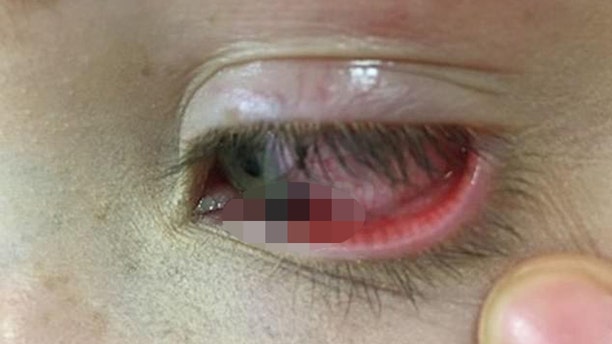 “A pencil had been thrown from the front of the classroom to the back where I had been standing chatting [with] my friends,” she said in the report, according to the Daily Mail. “A part of the pencil had gone into my eye, which must have happened so quickly I had not really felt anything.”

She added: “At first I had not realized what had happened until my friend said, ‘I think you have something in your eye.’”

After notifying teachers, the girl's mother came to take her to the Manchester Royal Eye Hospital. Following a routine eye test to ensure her vision had not been adversely affected, doctors examined her eye and found two additional pieces of lead in her eye. One of the pieces, which was about 0.67 cm in length, had penetrated the limbus, or the border between the cornea and the sclera. The other piece, which was about 0.16 cm in length, was just millimeters away from the retina in her eye, according to the Daily Mail. 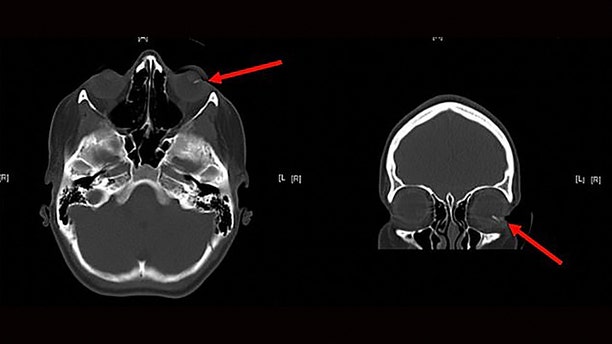 A scan showing where the lead entered the girl's eye. (BMJ)

The purpose of the retina, a thin layer of tissue found on the inside and back part of the eye, “is to receive light that the lens has focused, convert the light into neural signals, and send these signals on to the brain for visual recognition,” as per Healthline. In other words, according to the health site, “the retina processes a picture from the focused light, and the brain is left to decide what the picture is.” Damage to this part of the eye can cause permanent blindness.

The teen required surgery to remove the lead pieces in her eye. Doctors used forceps to carefully remove the piece from her limbus. But removing the smaller piece that had only narrowly missed the girl’s retina was more difficult and required doctors to remove some of the tissue surrounding the lead piece, the Daily Mail reports.

Thankfully, the surgery was a success. The patient was required to use eye drops and wear an eye patch for two weeks. For two months following the procedure, the girl had regular check-ups so doctors could ensure she was healing properly. 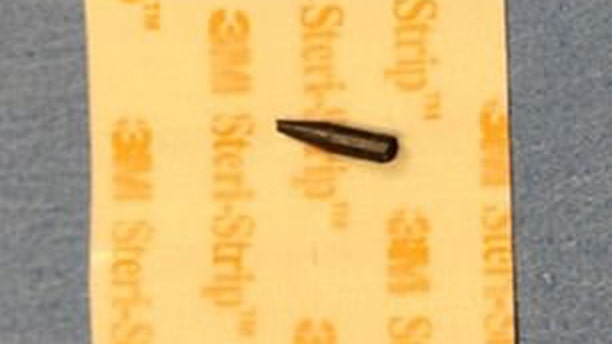 A piece of lead removed from the girl's eye. (BMJ)

“'After the operation, I could not see much out of my left eye at all but gradually my sight seemed to improve. When I first got home I did not like any lights on in my room as it was too bright for me,” she said, as per the Daily Mail.

“I had follow-up appointments at the hospital ... It was very uncomfortable early on as I had to look into a machine with very bright lights so the doctors could look right into the back of my eye,” she went on. “I still have a few stitches in the back of my eye and also at the front but they do not affect me in any way."