Rejoice, nap lovers! A recent study found a daytime snooze once or twice a week could benefit your heart.

In a study published Monday in the journal Heart, researchers from the University Hospital of Lausanne in Switzerland detailed the results from their study on the relationship between napping frequency/average nap time and the risk of fatal and nonfatal cardiovascular disease (CVD). While other studies have looked at the link between napping and heart health, the study is one of the few that considers napping frequency and duration, researchers claim.

USING MOUTHWASH AFTER EXERCISE HAS THIS BIZARRE EFFECT ON BLOOD PRESSURE, STUDY CLAIMS

For the study, researchers tracked 3,462 Swiss adults between the ages of 35 and 75 for a little more than five years. When the study began, 58 percent of participants said they had not napped in the previous week, while 19 percent said they took one to two naps. Roughly 12 percent took three to five, while 11 percent took six to seven.

By the end, they concluded that those who took a nap once or twice a week had a 48 percent lower risk of suffering a heart attack, stroke or heart failure than those who did not take naps. 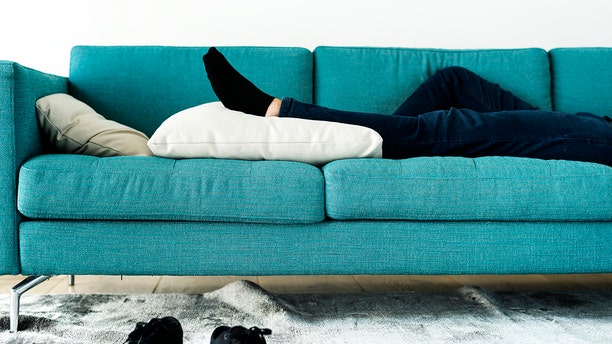 The study was observational, meaning a cause and effect was not established. (iStock)

“Subjects who nap once or twice per week have a lower risk of incident CVD events, while no association was found for more frequent napping or napping duration,” the researchers wrote.

The study was observational, meaning researchers did not find a cause-and-effect reason for why occasional naps could benefit heart health. But Nadine Häusler, an internist at the University Hospital of Lausanne and the study’s lead author, has a hypothesis.

Though the study did not address the ideal length of a nap, the National Sleep Foundation says 20 minutes “is all you need to get the benefits of napping, such as improved alertness, enhanced performance, and a better mood.”