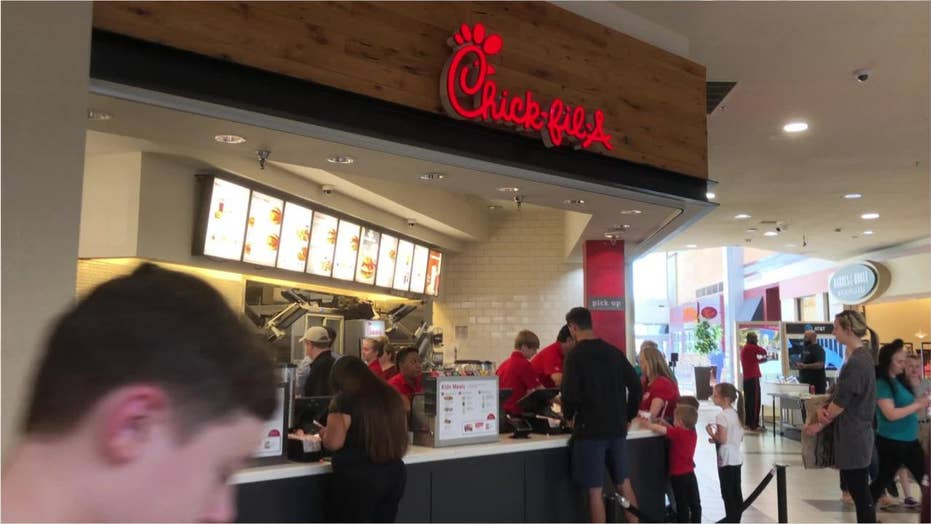 A Lawsuit against San Antonio is seeking hidden records on Chick-fil-A ban.

In March, the San Antonio City Council voted to ban the popular chicken fast food restaurant from the airport, citing Chick-fil-A's charitable giving to organizations like the Salvation Army and the Fellowship of Christian Athletes.

Councilman Roberto Trevino led the charge accusing Chick-fil-A of having a "legacy of anti-LGBTQ behavior."

“With this decision, the City Council reaffirmed the work our city has done to become a champion of equality and inclusion,” Trevino said of the vote, News 4 San Antonio reported. “Everyone has a place here and everyone should feel welcome when they walk through our airport."

THESE WOMEN’S WORLD CUP CHAMPIONS GIVE 'GLORY TO GOD'

The religious liberty law firm that just won the Bladensburg Peace Cross case at the Supreme Court believes this decision by the local government is not only wrong but illegal.

“If San Antonio city officials are proud of their decision to ban Chick-fil-A from the city’s airport, why do they insist on hiding from the public its records about the decision?” Keisha Russell, First Liberty Institute counsel, said in a statement.  “The public deserves to know just how deeply the religious animosity runs within San Antonio’s city government."

Banning Chick-fil-A for its supposed anti-LGBTA stance has become a trend for liberal cities and college campuses, or at least attempts to do so, but reps for the company told Fox News "the 140,000 people who serve customers in our restaurants on a daily basis represent and embrace all people, regardless of race, gender, ethnicity, sexual orientation or gender identity,” they continued. “Our intent is to have a positive influence on all who come in contact with Chick-fil-A.”

The company said it welcomes a dialogue with the city council.

"It’s unfortunate that mischaracterizations of our brand have led to decisions like this,” a rep for Chick-fil-A said. “The sole focus of the Chick-fil-A Foundation is to support causes focused on youth and education. We are proud of the positive impact we are making in communities across America and have been transparent about our giving on our web site.”

Last month, Texas Gov. Greg Abbott signed the so-called "Save Chick-fil-A" bill into law. The new law prohibits the government from taking "adverse action" against an individual or business based on contributions to religious organizations but opponents say it discriminates against the LGBTQ community.

Caleb Parke is an associate editor for FoxNews.com. You can follow him on Twitter聽@calebparke
ADVERTISEMENT
Klik hier|||https://outLetonLine-michaeLkors.comwordpress theme