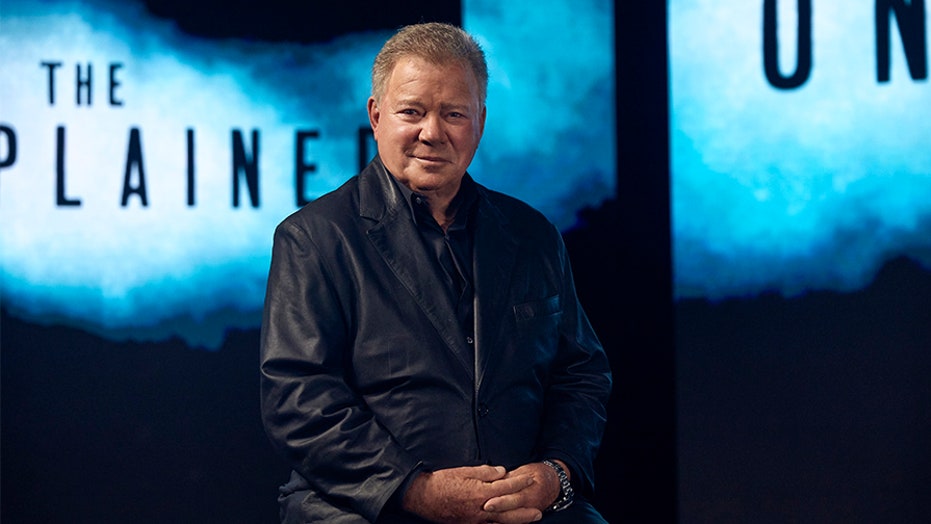 William Shatner is taking a leap into the great unknown.

The Emmy-winning actor and “Star Trek” icon is now the host and producer of a new Friday night series on the History Channel titled “The UnXplained,” which will explore some of the world’s most inexplicable, yet strangely fascinating mysteries. Each episode will feature historians and witnesses aiming to shed light on subjects that continue to mystify, including the alleged cursed “White City” of Honduras, the mysterious Coral Castle of Florida, as well as bizarre rituals and shocking creatures.

William Shatner is taking on "The UnXplained" on the History Channel. (Courtesy: Justin Bettman)

The 88-year-old spoke to Fox News about taking on his latest series, his former beloved co-star and what has kept him going.

Fox News: What was it about “The UnXplained” that drew you in?
William Shatner: We lead our lives in mystery, don’t we? Everything about coming into the world, the world itself — the more we find out about the world, the more intriguing and unknown it is. Human beings are just gifted with this curiosity. It’s been our downfall and our saving grace. So to discover a mystery that simply has no explanation, I find that entertaining. I think the show outlines some of these strange things that people have attempted to explain, but not to many people’s satisfaction.

Fox News: Some have claimed the show was inspired by Leonard Nimoy's “In Search Of” from the ‘70s. Is this true?
Shatner: Well, I don’t think so. "In Search Of" — I don’t remember it too well. But "In Search Of," "UnXplained" and all the mystery shows that are on television are basically looking for an explanation or examining some mysterious thing. We’re all searching for knowledge… But the answers come out differently.

Fox News: What’s one memory of Leonard Nimoy that’s been on your mind lately?
Shatner: We had a lot of laughs. We made each other laugh a lot. From the moment we saw each other, the more on stage we were, the funnier he got. He was just incredibly amusing. He just tickled me. We did a lot of stage work together so we did a lot of spontaneous stuff together in front of the audience. And he made me laugh more than he made the audience laugh.

Fox News: Have you ever had your own encounter with the unexplained?
Shatner: A good question, but no, I have not. I’ve waited on foothills of the Himalayas for enlightenment. I have been to many places in the world. Talked to many people who have had experiences that offer no explanation. They believe what they believe and I find it hard to go along with it. I’m waiting for it to happen to me before I die. Maybe it will happen as I die. I’ll reach out to you, I’ll give you a call. The older you get, the closer you get to death. You begin to wonder, "What have I done?" "Why am I here?" "What’s going to happen?" "Is this the end?"

Those are some of the basic questions. How did a friend of mine see a person who just died sitting on the edge of the bed? I said, "Well, you must have been asleep because that’s the explanation." But the friend said, "No, I wasn’t." It’s weird. There’s weirdness that everybody recognizes. There’s a weirdness because we know nothing about our world and about our existence. Some of the weirdness we see in quantum physics, and we only see a moment in it, how weird the universe is. And we’re a part of the universe.

Fox News: What’s the strangest or most unusual encounter you’ve ever had with a fan?
Shatner: Well, I can explain their weirdness *laughs*. It’s "Star Trek." Weird? Well, experiences have occurred mostly in the emotional world or the hormonal world *laughs*. There have been some strange ladies and guys who wanted to interact with me that I thought maybe I won’t *laughs*.

Fox News: What has kept you going?
Shatner: The fact that I don’t think I’m a success. I’m going to make it sooner or later. But there’s a moment of truth to that answer. I don’t think of myself as a success. I’m a performer, an entertainer. It’s what I do. Why should I stop telling jokes or making you cry when I still have the strength and the intelligence to do so?

William Shatner said he has zero plans to slow down.  (Courtesy: Justin Bettman)

Fox News: You’re all about saying yes when it comes to opportunities. Is there anything you would say no to?
Shatner: Well, I’ve been asked to go away *laughs*. Sure, my book ["Live Long And...: What I Learned Along the Way," 2018] is all about saying yes, but that doesn’t mean I’m saying to jump off a bridge. I’m saying to say "yes" to life. Say "yes" to the joy of life.

And I’m testifying, we’re here for a such a short time that no matter how bad it gets, there’s something out there that’s gotta be joyful. It can be a cold glass of water, a breath of fresh air — just something that makes you aware of your humanity. That’s what my whole book and the whole quote is about. Generally, say "yes." Not going outside for an older person is not a good idea. You’ll dry up and be blown away. Say "yes" to the vigor and do the best you can.

Fox News: What’s the most gratifying aspect of participating in conventions?
Shatner: Interacting with the people who come to the conventions or the panels. I’m in front of an audience and I’m walking the tight wire… you’re there alone in front of thousands of people and it’s very easy to make a total idiot out of yourself.

Fox News: What advice would you give to your younger self?
Shatner: Don’t worry about it, you’re going to be this age when you get older.

Fox News: What’s one thing you would love to do next?
Shatner: In horse sports, I’m a reiner. I ride and compete in reining horses. I haven’t won a world championship in that. I’m running out of time *laughs*. I’ve gotten pretty good. Maybe not that good. That’s one of the mysteries.

Fox News: What do you hope audiences will get from “The UnXplained”?
Shatner: Entertainment. Food for the mind and a bit of a chill from mystery.