She was a Victoria's Secret and Maxim fashion model at the age of 17 before quitting the industry to inspire young women online and star in faith-based films.

Nicole Weider, a former model, is the producer and actress in "Catching Faith 2," which was released last week in Walmart and on demand. She also serves as the editor-in-chief of "Project Inspired," an online community for young women bombarded with harmful messages.

‘OVERCOMER’ ACTOR LEFT HOLLYWOOD MOVIE WHEN ASKED TO DO NUDITY: 'I HAD TO CHOOSE CAREER OR CHRIST'

"I realized the modeling industry wasn't all it's cracked up to be. I was really objectified," Weider told "Fox & Friends" on Monday, adding, "It was hurting my self-esteem and it was harmful, and so I realized I wanted more for my life and I didn't just want to focus on my outer appearance."

But the California model found a new calling in Christ. 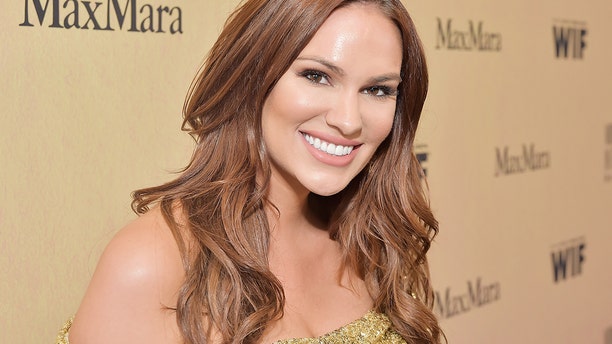 Nicole Weider attends the 2019 Women In Film Annual Gala Presented by Max Mara with additional support from partners Delta Air Lines and Lexus at The Beverly Hilton on June 12, 2019 in Beverly Hills, California. (Stefanie Keenan/Getty Images for Women In Film)

"I was actually at a low point in my life, and my friend told me about Jesus," she told co-host Ainsley Earhardt. "And so I wanted to give my life to him, and then once I did, all of these amazing things happened and God is so wonderful and amazing."

Off the runway, Weider now plays a wedding planner in "Catching Faith 2," which portrays a family sticking through hardships.

After years of advocating to "cover up" Cosmopolitan magazine on newsstands, Walmart removed it completely from its checkout lanes last year.