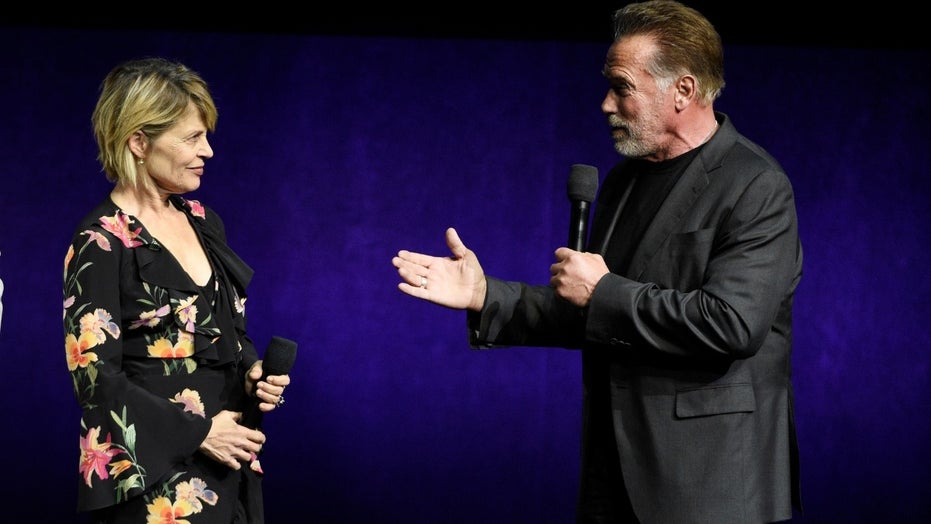 “Terminator: Dark Fate” actress Linda Hamilton talked about how excited she is to reprise her role in the science fiction franchise alongside her friend of 35 years, Arnold Schwarzenegger.

The duo appeared at the 2019 San Diego Comic-Con to promote the movie. Hamilton is reprising her role as Sarah Connor for the first time since the groundbreaking 1991 film, “Terminator 2: Judgement Day.” Schwarzenegger, who shot to fame after appearing in the first film in 1984, is back as well but in a more mysterious role.

“I loved working with Arnold. I actually was just pleased as punch when I saw him again," Hamilton told ET Online. "It had been a number of years. And I just have this affection for him that is so deep and biting, that just got completely cemented on this film."

"I loved working physically with him, I loved seeing him in the trailer, I loved toying with him," she continued. "You know, it's the very top of a 35-year relationship, and that really means something to me."

Arnold Schwarzenegger, left, and Linda Hamilton kiss at the "Terminator: Dark Fate" panel on day one of Comic-Con International on Thursday, July 18, 2019, in San Diego. (Photo by Chris Pizzello/Invision/AP)

The highly anticipated film hails from "Deadpool" director Tim Miller and producer James Cameron who is also returning to the franchise for the first time since the massively successful and VFX-heavy sequel.

"Dark Fate" features Hamilton's Sarah Connor back in action as she defends the world against evil, self-aware robots who want to wipe out mankind. It also introduces Mackenzie Davis as a new hybrid terminator/human, Grace.

Hamilton and Schwarzenegger previously got back together to promote the film at a CinemaCon event in Las Vegas. While there, Schwarzenegger shared his excitement to be back on-screen with Hamilton.

“Isn't it great? The whole team is back together again," he marveled on the Las Vegas stage with his co-star by his side. "It is so fantastic."