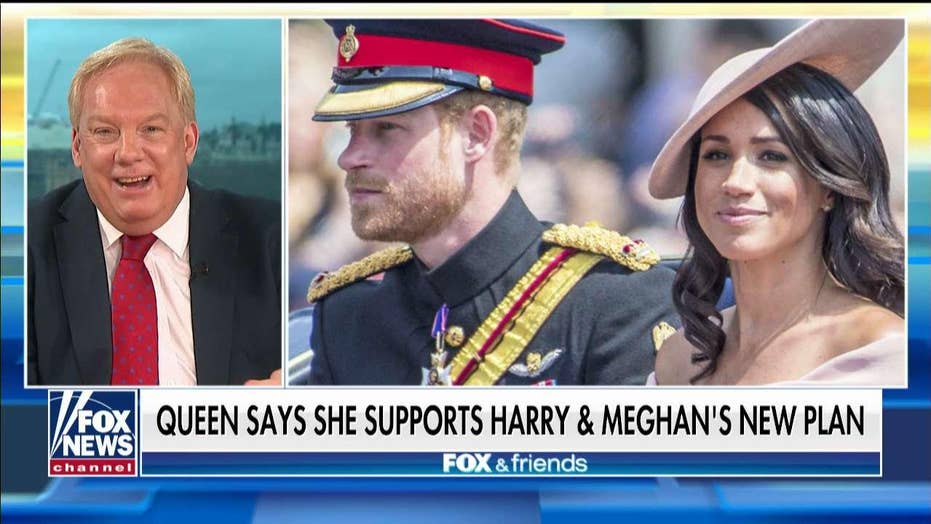 UK Media correspondent on so-called Megxit: Harry is too weak-willed

Appearing on "Fox & Friends" with hosts Steve Doocy, Ainsley Earhardt and Brian Kilmeade, Sean said that he doesn't believe the news of the Duke and Duchess of Sussex's intentions to "step back as 'senior' members'" has "gone down particularly well."

Queen Elizabeth II responded to their request on Monday in a statement, writing that she had had "very constructive discussions" and that she was "entirely supportive of Harry and Meghan's desire to create a new life as a young family."

"Although we would have preferred them to remain full-time working Members of the Royal Family, we respect and understand their wish to live a more independent life as a family while remaining a valued part of my family," she continued.

The queen said there are still issues to be resolved but she wants the issue completed within days.

"You know, when you think about it ... the queen herself, her majesty the queen has done a tremendous job -- as we know," Sean remarked. "She has been incredibly welcoming to this lady. You can take sides all you want, but she has really gone out of her way to make Meghan feel welcome."

He told the "Friends" host that he believes any backlash Britain has received for being potentially unwelcome and racist is "a little unkind."

"I think, while Harry is to blame, I would tell everyone that I think Harry – for me personally – is a very weak-willed type of guy," said Sean.

"And, I think Meghan disappearing with the dogs, the baby, and going off to Canada – not facing the music – that's not a very 21st-century woman, is it?" he asked.

Sean hypothesized that, while Harry is very much in love with Meghan, he probably didn't see "the fact that he would have to give up everything that he knows quite so quickly to go off and follow the woman he loves to coin a phrase."

According to reporting from The Guardian, the couple has been seeking to register the Sussex Royal brand as a global trademark.

Julia Musto is a reporter for Foxnews.com