"Peaky Blinders" and "Batman Begins" actor Karl Shiels has died at the age of 47.

The Irish actor starred as Ryan in the 2013 series of "Peaky Blinders."

He was also known for his time on the soap "Fair City" as Robbie.

The Dublin-born actor worked on internationally-acclaimed television shows and films including "Batman Begins," "Veronica Guerin," "Intermission," "The Clinic," and "Capital Letters" for which he was nominated for an IFTA for Best Actor in 2004.

He starred as Arkham Thug No. 3 in "Batman Begins" and as Packington's killer in the 2009 series of "The Tudors."

The TV star started out as electrician but changed direction in the early '90s and studied at the Gaiety School of Acting. 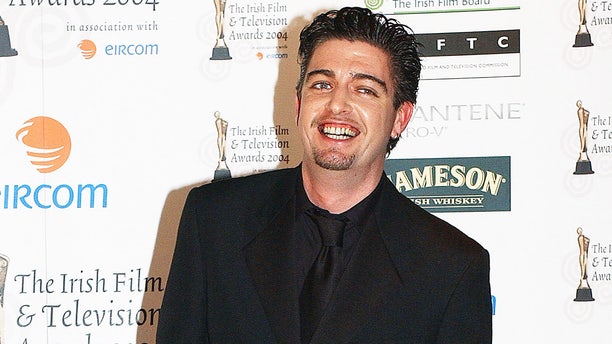 Karl Shiels attends the Irish Film and Television Awards in the Burlington Hotel on Oct. 30, 2004 in Dublin, Ireland. Shiels died in July 2019 at 47 years old. (Getty)

He became a regular on the Irish soap in 2014 and went on to become one of the prominent characters.

It is unclear how the actor died.

Tributes are already flooding into a "remarkable" actor who was "loved by all".

"A hugely gifted actor and a really great friend, I will miss him so much. Thinking of his gorgeous family, may he Rest In Peace."

Director of "Copper Face Jacks: The Musical" has said that Karl will be "sorely missed."

He said: "Shocking news to hear that Karl Shiels has passed away. He was a big supporter of @HelixPanto. Irish Theatre will sorely miss him."

His agent Lisa Richard confirmed that Shiels had passed away yesterday.

She said in a statement: "Karl was a uniquely talented individual, simultaneously intense, lighthearted, funny, sharp witted, outspoken and intensely powerful as an actor, director and artistic director of the Theatre Upstairs - where he was such a support and mentor for young writers, actors and directors - and of his own company Semper Fi before that.

"Karl was a remarkable force in Irish theatre and hugely loved and respected by all who worked with him.

"Our hearts are broken but today our thoughts are with his partner Laura and his family, his children and their mother Dearbhla and his many close friends among whom we count ourselves lucky to have been for so many years."

This article originally appeared on The Sun.