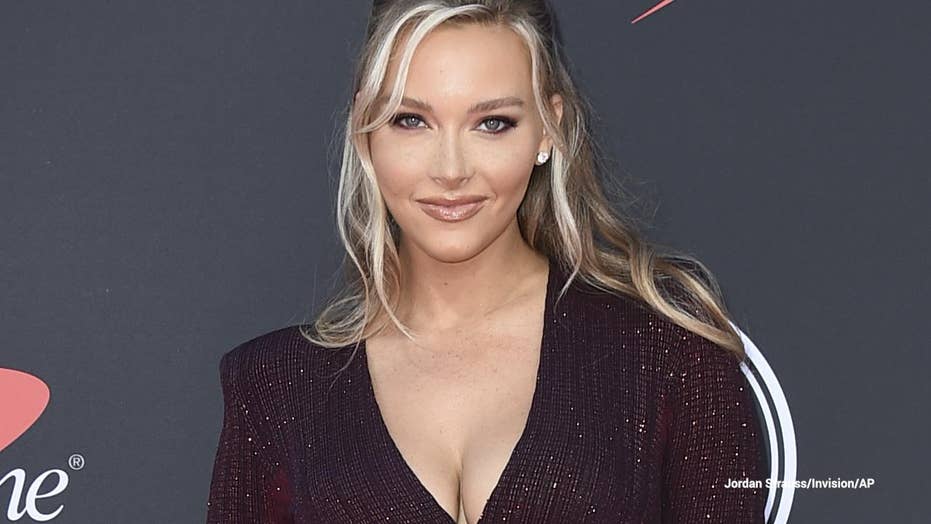 Camille Kostek: What to know

Here are a few facts about the American model and entertainment reporter.

Camille Kostek said she’s grateful to have someone like Rob Gronkowski to cheer her on during one of the most important moments of her career.

In May of this year, Sports Illustrated announced the former Patriots cheerleader is one of their coveted cover models for its annual swimsuit edition. The 27-year-old joined Tyra Banks, 45, and soccer star Alex Morgan, 30.

After it was revealed the Connecticut native would grace one of three covers, the newly retired tight end gushed about her beaming moment on Instagram.

“Congrats baby on the cover!! @camillekostek @sportsillustrated,” Gronkowski, 30, posted to his Instagram story, as Kostek walked on to the “Good Morning America” set with Banks.

“Yes, my boyfriend is Gronkowski, but it would feel good to have support from any guy I’d be dating,” Kostek told Fox News. “There’s no point in being a relationship if the two of you don’t support one another.”

“I think the timing is so interesting,” she continued. “Just a couple of months before I got the cover, Rob retired. And we both didn’t know that this was going to come. But it’s definitely cool for me to have him here to celebrate and see a little bit of what my life is like and the people that I work with. I introduced him to some of the other models, my friends within the industry and [editor] MJ Day. It just feels good. A relationship always feels good when you have your man supporting you.”

Kostek previously shared she was introduced to Gronkowski after she quit the squad in March 2015. For months, the pair denied having a romantic relationship, though they started posting loving photos of one another on Instagram. By fall 2015, the pair were celebrating birthdays together, attending red carpet events arm in arm and publicly supporting each other’s endeavors. Kostek was frequently spotted in the stands among New England fans — even sporting Gronkowski’s jersey — in 2016, according to E! News.

In February 2017, a TMZ report claimed the duo had split and Gronkowski had “moved on.” But Kostek contradicted the news by posting photos of herself sporting his jersey. They also attended a wedding together three months later, per E! News.

“Rob has been one of my biggest motivators,” Kostek explained. “I constantly see the work he takes on, both on the field and off. He’s definitely someone I admire. I see the goals that he sets and I’m constantly trying to set greater goals myself. I don’t know if I’ll ever catch up to his legacy, but it’s definitely something that keeps me going.”

As for whether Kostek or Gronkowski would ever return to the sports field, Kostek teased anything is possible.

“For the Patriots, you can be a cheerleader for four years,” she explained. “They can be four consecutive years. You can do two years and take a break, and then come back for two more years. I’ve actually only completed two years, two seasons with the Patriots cheerleading team. So I always joke with Rob and say, ‘You know, I could go back anytime and audition.’ I’m not, but technically I could.”

Still, Kostek clarified that these days, both she and Gronkowski are focused on what the future holds for them.

“I’m done with the cheerleading work,” she shared. “I still dance for fun. I go to studios and dance all the time. And that’s something that will always be instilled in me. That was always my first passion from the time I was 3 years old — dance. As of right now, Rob has retired. But he’s got a mind of his own and a life of his own. So if he wanted to go back, I would support him. But now, I support him taking a break and doing what’s best for his body.”

“I’m such a day-to-day person and Sports Illustrated was a 12-year-long dream that finally came true,” continued Kostek. “My 15-year-old self would talk about this all the time and write it down. Now that I’ve got it, I’m still realizing that I accomplished the number one goal on top of my list. So it’s hard to go, ‘That’s done, what’s next?’ But I will say, I have always dreamed of being on ‘Dancing with the Stars.’ As a dancer and a fan, I’ve always loved watching that show. The only way to get on it was to be a star first. Now that I have the title of cover model, I think it has allowed me to have a claim to dance with the stars now. That’s my next goal.”

Kostek also revealed she wants to use her fame for good. In addition to modeling, Kostek has been keeping busy raising awareness on body positivity especially during the era of social media.

“I always wanted to inspire not just women, but men too,” she explained. “I want to spark a conversation on self-acceptance and body image. I do talks at universities and… I’m just really hoping it continues to pick up so I can speak to students and share my message. I want to reach out and literally hug these students and help make an impact on their lives. I’m really hoping I can continue to visit different universities around the country. That would probably be the biggest hope and dream for the coming year really.”

Back in 2018, Kostek told Fox News that contrary to popular belief, she didn’t meet her beau on the football field. In fact, the star revealed it was essentially forbidden to have romantic relationships with the players.

“It’s completely frowned upon,” Kostek said at the time. “When you make the team, you’re completely two separate entities. Although you’re a Patriots cheerleader, you are not one team. As cheerleaders, we would be removed, cut for the team. It’s not allowed.”

Kostek was linked to the athlete since she left the squad in 2015 to pursue modeling.

“I am such a private person,” she explained. “It was hard at first when people would send articles with my name on it. It’s an overwhelming feeling to read something that you have no control over.

"But like most things, you get strong when you have to deal with situations like that. It’s gotten a little easier. And usually, the people that are close to you know the truth. So it’s one of those things where you just have to let people think what they wanted to think.”