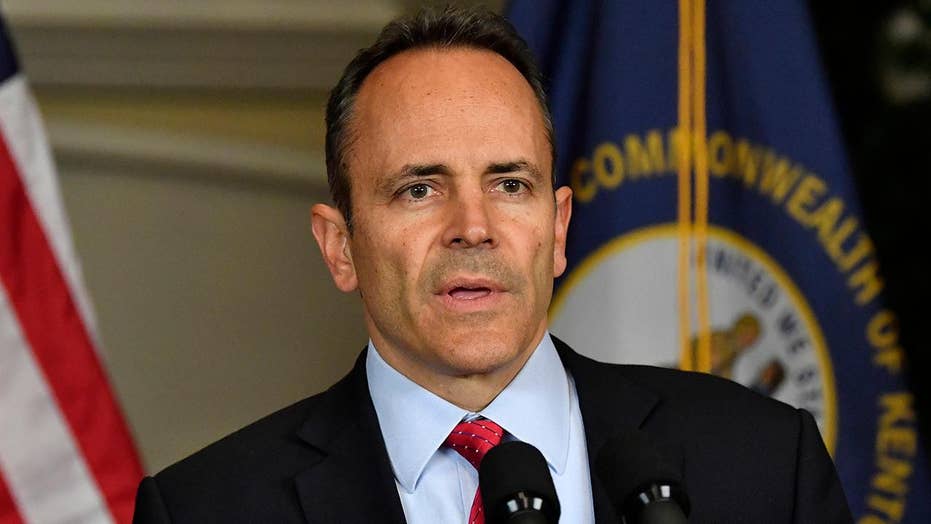 Kentucky Gov. Bevin calls for a recount in close election

"I said [Trump's] not going to leave when he loses this election," Maher said during his show's panel-discussion segment. "And this thing in Kentucky now? I'm right!

"Look at this. This is the playbook," Maher continued. "This governor in Kentucky has no reason to contest [the election]. He's just saying, 'I'm not leaving. Make me.'"

"And if you think this is going to get better in 2020, do you really think that if Trump loses ... he's just going to leave a scented letter for Mayor Pete? He's not leaving!"

"Do you really think that if Trump loses ... he's just going to leave a scented letter for Mayor Pete? He's not leaving!"

After Tuesday's ballot count, Bevin was roughly 5,000 votes behind Democratic challenger Andy Beshear, resulting in a 49.2 percent to 48.8 percent vote that the Associated Press deemed too close to call. Kentucky Secretary of State Alison Grimes later said a recanvass will begin at 9 a.m. this coming Thursday.

'Worth a little blackface'

Maher also expressed gratitude to Virginia Democratic Gov. Ralph Northam for not resigning in the wake of his blackface scandal because on Tuesday the Democrats won complete control of the Virginia government.

"Six months ago, they wanted to drum out the governor," Maher told the panel. "A lot of Democrats were calling for this at the time because there were pictures in his yearbook in the '80s wearing blackface. Now, white voters in Virginia wanted it more than black voters because black voters don't have that kind of luxury. They want the person that's going to actually do things that will help them."