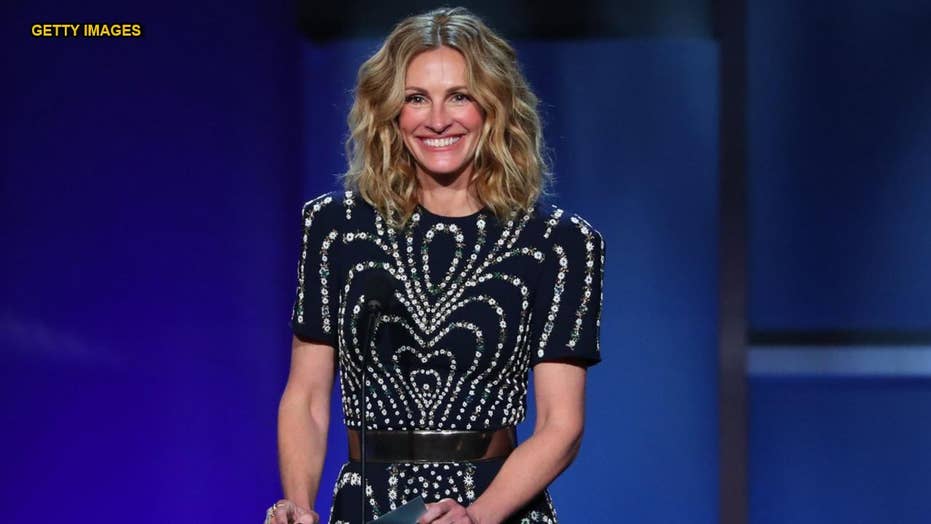 The Oscar-winning actress stars as social worker Heidi Bergman in the Amazon series “Homecoming,” which she also executive produces, but was shut out from a nomination on Tuesday. Roberts posted her reaction to social media after a push alert on her phone claimed she and other stars had been snubbed.

“Well, I’m in exceptional company at least,” Roberts captioned a screengrab of the push alert, which read, “Biggest Emmy nomination snubs: Julia Roberts, George Clooney and Emma Stone among the A-listers shut out.”

Actress and singer Rita Wilson, whose longtime husband is Tom Hanks, wrote: “You win for class!!!”

The leading actress in a drama series category saw nominations for Emilia Clarke ("Game of Thrones"), Viola Davis ("How to Get Away with Murder"), "Mandy Moore ("This Is Us"), Robin Wright ("House of Cards”), Jodie Comer ("Killing Eve") and Laura Linney ("Ozark”).

Roberts has been nominated twice for Primetime Emmy Awards. She won the Academy Award in 2001 for her role as the titular “Erin Brockovich” in the Steven Soderbergh drama.

The 71st Emmy Awards will air Sept. 22 on Fox, with the host yet to be announced.