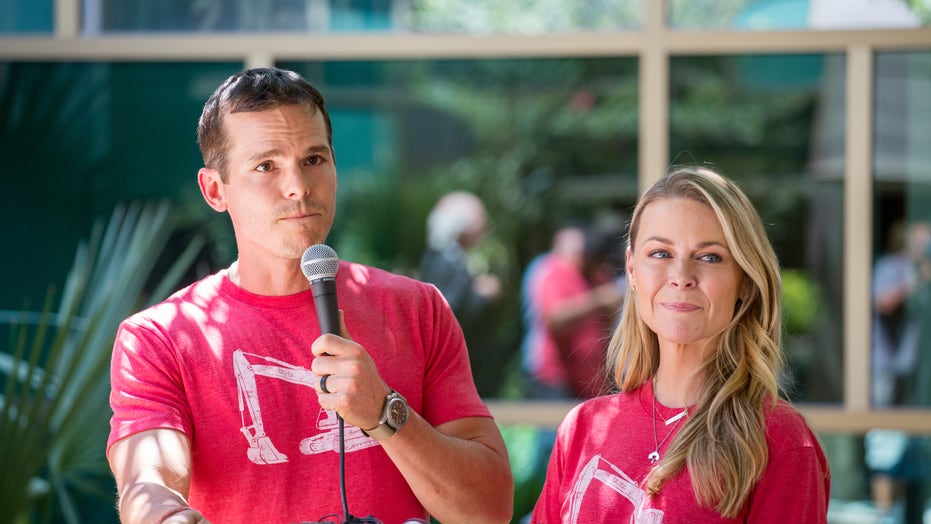 Country music singer Granger Smith commemorated his 10th anniversary with his wife, Amber, by sharing a heartfelt note about how they’re coping with the tragic death of their 3-year-old son, River.

In June 2019, a rep for the family confirmed to Fox News that River died in an accidental drowning incident. In a YouTube video posted by the couple later that month, Smith shed some light on what happened to their son. The “Backroad Song” crooner said he was doing gymnastics with his 7-year-old daughter, London, as his sons, River and Lincoln Monarch, 5, were playing with water guns. Minutes later, he found himself performing CPR by the pool.

In a recent post on Instagram to mark his wedding anniversary, the singer shared an image of himself and Amber kissing in an idyllic setting. A video camera is positioned in the foreground, revealing the pose was for a shoot.

GRANGER SMITH'S WIFE LOOKS TOWARD FUTURE AFTER SON'S DEATH: 'I HOPE TO LIVE WITH GRATITUDE'

“It’s not real," he captioned the image. “What you see: A couple seemingly in love. Living out the fairytale story draped in the sunset sky with a blue wood planked porch, white antique rocking chair, barefoot, sun kissed hair and summer tanned skin. A couple without a care in the world because LOVE has so consumed them.”

The star went on to explain that he understands his responsibility as a celebrity often means he has to project a “brand” in an effort to maintain his status. However, he warns fans that, “just because its [sic] for sale doesn’t make it 100% REAL.”

He also noted that the couple’s facade is just that, explaining that they’re still coping with the death of River and what he calls his “failure as a father.”

“What I see: 2 people in a storm. Hanging on to God for truth and guidance like a lone fence post in a ravaging wind. I see a girl hurting. Drawing on unimaginable strength just to continue on with necessary motherly duties. Clinging to the Bible like it’s a life raft hurdling [sic] through an unknown sea,” he wrote. “I see a man, savagely battling a relentless demon. Shielded only by Faith and masking the crippling weakness brought on by his deep shame; his failure as a father.”

He continued: “But we’re still in love. Stronger than ever before, but it feels different in its evolution now. It’s not the fairytale, but the vulnerability that fuels the fire. The very essence of what makes us human...bounded by integrity and truth but still fundamentally flawed...that makes our love mature.”

Granger concluded the post on a sweet note by wishing Amber a happy 10-year wedding anniversary, saying: “It will take more than ‘til death do us part.’”