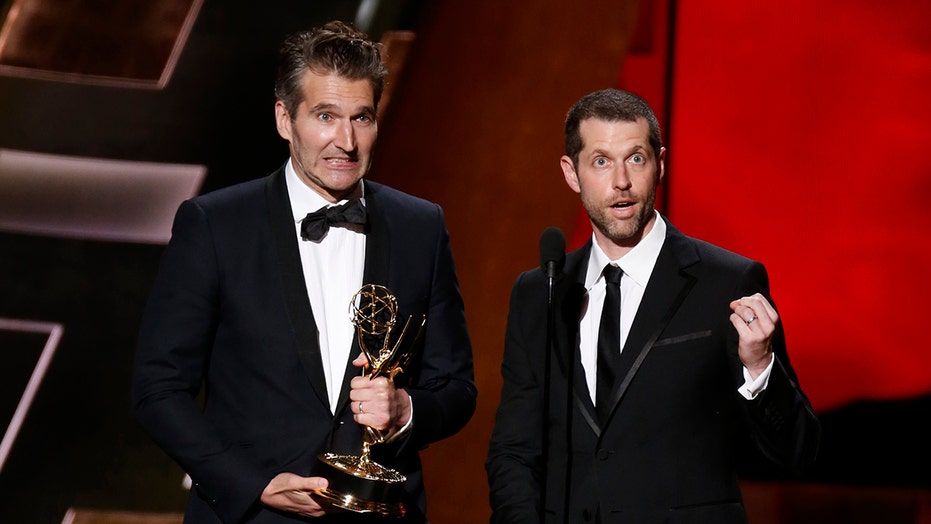 The "Game of Thrones" hate train rolls on.

Two months ago, several frustrated fans of the show on Reddit launched a campaign to have the series' creators, David Benioff and D. B. Weiss, appear as the top Google result for "bad writers." The original post received over 45,000 upvotes on the site, an indication of the major backlash the show's creative team and cast have faced over the series' final season, which concluded in May.

While the initial post took a while to gain traction, the fans eventually got what they wanted, as the photo of Benioff and Weiss did reach the top of Google's results when one searched "bad writers," albeit for a brief time this past week. However, ever since journalists latched onto the story, blog articles about the matter then replaced the original post as the top results on the search engine.

The campaign is just one of many fan retaliations against the show, following its highly controversial and critically divisive final season.

Shortly after the final episode of the series aired, fans took to Change.org to create a petition that urged the show's creators to "remake" the final season, which gained over 1.5 million signatures. Several members of the show's cast have spoken out against the petition, including Sophie Turner (Sansa Stark), who deemed the petition "disrespectful."

"People always have an idea in their heads of how they want a show to finish, and so when it doesn’t go to their liking, they start to speak up about it and rebel," she said in a May interview with The New York Times.

"So many people worked so, so hard on it, and for people to just rubbish it because it’s not what they want to see is just disrespectful," Turner later added.

Earlier this month, "Game of Thrones" author George R.R. Martin also responded to the uproar by claiming the harsh fan reactions are a result of a "toxic" environment on the Internet.

"The Internet is toxic in a way that old fanzine culture and fandoms – comics fans, science fiction fans – in those days, was not,” The 70-year-old writer told Leonard Maltin on a podcast (via Indiewire). “There were disagreements. There were feuds, but nothing like the madness that you see on the Internet.”

Despite the backlash, the controversial final season won't be the last taste of the "Game of Thrones" universe. The upcoming, untitled "GoT" prequel series has recently begun production in Northern Ireland, with original series creators Benioff and Weiss returning as executive producers.