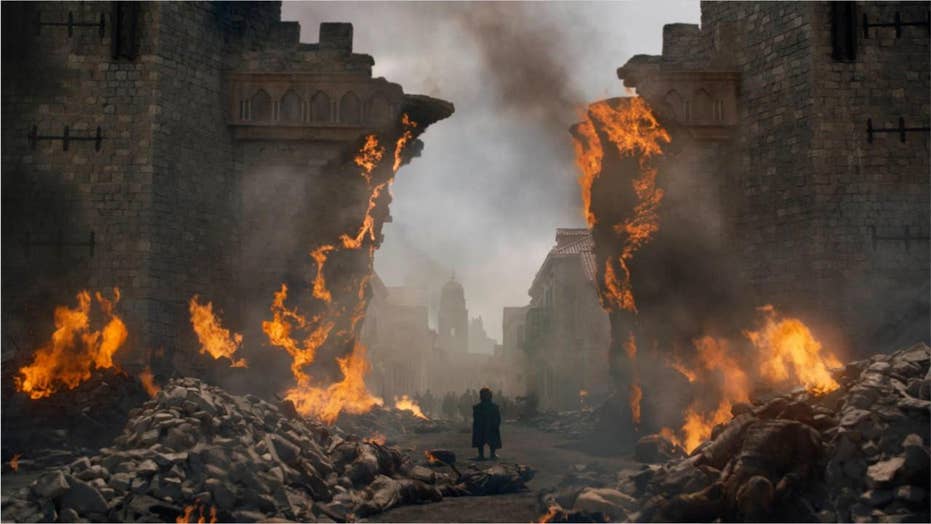 Five of the lead 'Game of Thrones' actors made over $1M per episode with one actress making a seven-figure salary with less than 30 minutes of screen-time.

Sunday night was the series finale of the entertainment juggernaut "Game of Thrones."

[WARNING: THE FOLLOWING CONTAINS SPOILERS FROM "GAME OF THRONES"]

The HBO fantasy series ended after eight seasons and six final episodes that rocked our world, stirring up controversy (cough, cough coffee cup) and online debates. And now we finally have a new leader: Brandon Stark.

Brandon can now call himself King of the Andals and the First Men, Lord of the Six Kingdoms and Protector of the Realm. The North was declared its own kingdom per his sister Sansa Stark's demand.

While technically Brandon did not sit upon the throne made of swords, as Daenerys Targaryen's dragon melted it with his flames, he was nonetheless named ruler after Jon Snow murdered Daenerys after her fire-breathing dragon rampage through King's Landing.

Before Sunday's finale aired, here's a breakdown of characters who were most likely believed to outlast and out will all the others:

Sansa turned into one of the most formidable forces in Westeros. She was calculating, knew how to read between the lines, and above all else was fair like her father Ned. Sansa was a leading force in the North at Winterfell along with her brother Bran.

According to the U.K. online booking site Paddy Power, Sansa had a 5/2 odds of sitting on the Iron Throne.

He didn't want to rule which was his birthright given he's the only son of Rhaegar Targaryen and Lyanna Stark and outranks his aunt Daenerys in line for the throne. He survived the Battle of the Bastards, north of The Wall, The Long Night and The Last War.

This image released by HBO shows Emilia Clarke in a scene from "Game of Thrones," that aired Sunday, May 12, 2019. (HBO via AP)

The Mother of Dragons and Breaker of Chains went off the rails in Episode 5 and practically burned down an entire city, killing thousands of innocent civilians. She had an army of Unsullied and the Dothraki at her side and her last dragon, Drogon.

Her odds to die going into the episode were 1/4.

When the Red Keep was crumbling, Arya seemed to realize that being a cold-blooded assassin isn't the life she wants to lead. She escaped the city on a horse and according to a prophecy made by the red witch Melisandre, would close green eyes which Daenerys curiously has.

Peter Dinklage as Tyrion Lannister in HBO's "Game of Thrones." (Macall B. Polay/HBO)

He was Daenerys' hand who told the truth of Jon's identity to his friend Varys who then tried to overthrow Daenerys. His loyalty was questionable and his allies were dying off one-by-one. Tyrion was also the last of the Lannisters as his siblings, Jaime and Cersei, perished in the collapse of the city.